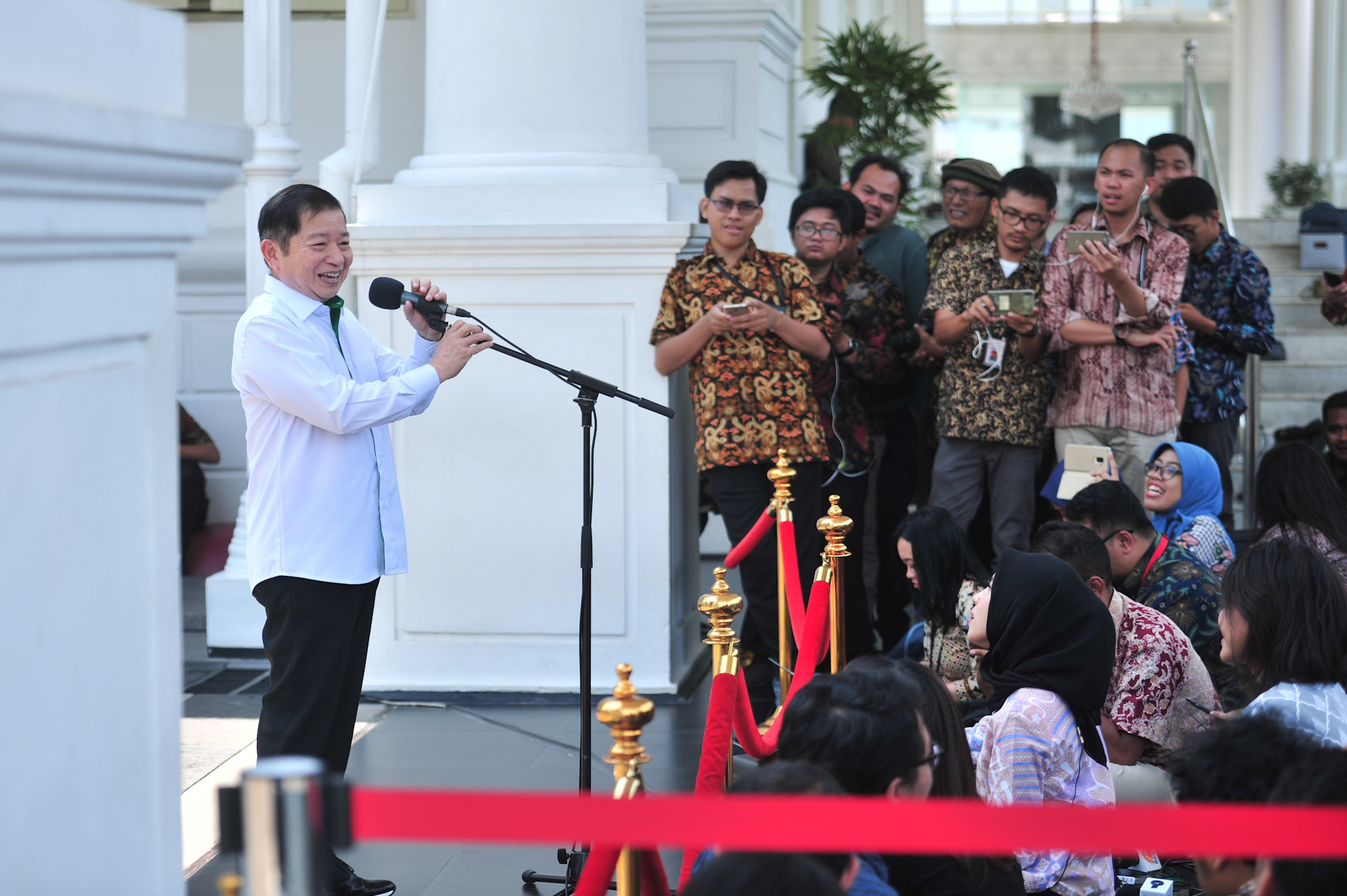 Chairperson of the DPP PPP Suharso Monoarfa delivers a press statement after meeting with President Jokowi, at the Presidential Palace, Jakarta, Tuesday (22/10). (Photo by: Jay/PR)

Senior politician and Chairperson of the United Development Party (PPP) Suharso Monoarfa – who was also member of the Presidential Advisory Council (Wantimpres) in the 2014-2019 period – on Tuesday (22/10) was invited by President Joko “Jokowi” Widodo to the Presidential Palace, Jakarta.

“In his remarks during the inauguration last Sunday, the President raised issues concerning middle-income trap, particularly on how Indonesia can escape the low and middle-income level,” said Suharso.

The President also asked him to prepare a road map and even to elaborate it at an inaugural cabinet meeting, Suharso added.

“We also discussed a host of issues such as the economy in general, global economy, employment, industry, research and technology, innovation and many things,” he said.

Regarding the post he will fill, Suharso said that President Jokowi himself would announce it tomorrow.

Suharso went on to say that the President wants to establish an authority body overseeing the establishment of a new capital as soon as possible. (FID/JAY/ES)