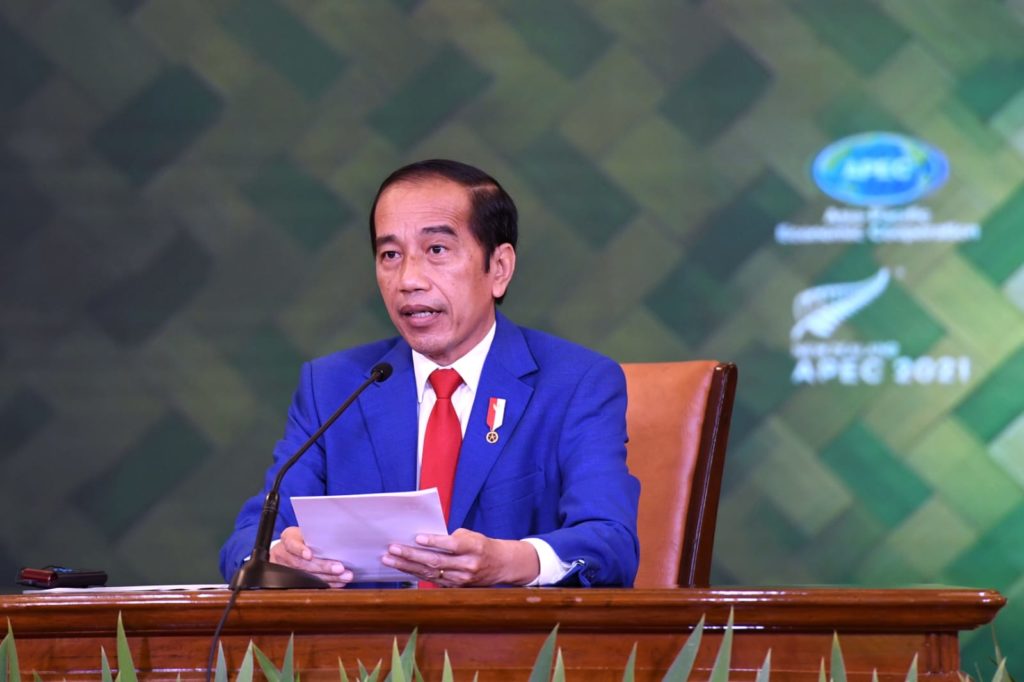 “In the current pandemic situation, New Zealand initiated an extraordinary meeting to navigate APEC collaboration in handling the pandemic and regional economic recovery,” Minister of Foreign Affairs Retno said in her statement after accompanying President Jokowi in the meeting.

For the record, the APEC Summit is usually held once a year on November as part of the APEC Economic Leaders’ Week series.

The meeting was also featured the presentations from IMF Managing Director Kristalina Georgieva and WHO Executive Director of Health Emergencies Programme Michael J. Ryan. The IMF and WHO agree that the global situation is still full of challenges, both from health and economic perspectives.

“After last year’s negative growth, the world economic growth is projected to increase by 6 percent this year. However, such growth will be affected by the pandemic situation in the future,” Retno said, adding that the issue of access to vaccines for all countries is also received attention from the two speakers.

Quoting the speaker, Retno stated that in the past week, the number of COVID-19 cases at the global level increased by about 15 percent andalso the increase in the number of cases and deaths in the last four weeks. Some APEC member countries are even facing a rise in cases of more than 100 percent, the Minister added.

According to Retno, APEC has so far agreed on a number of commitments related to the pandemic handling and economic recovery acceleration by issuing a declaration on “Facilitating the Movement of Essential Goods” in 2020. Meanwhile, APEC this year has issued a joint statement to facilitate the service sector that support the movement of essential goods and a joint statement to accelerate the WTO Trade Facilitation Agreement to smooth the supply chain of COVID-19 vaccines and other related goods.