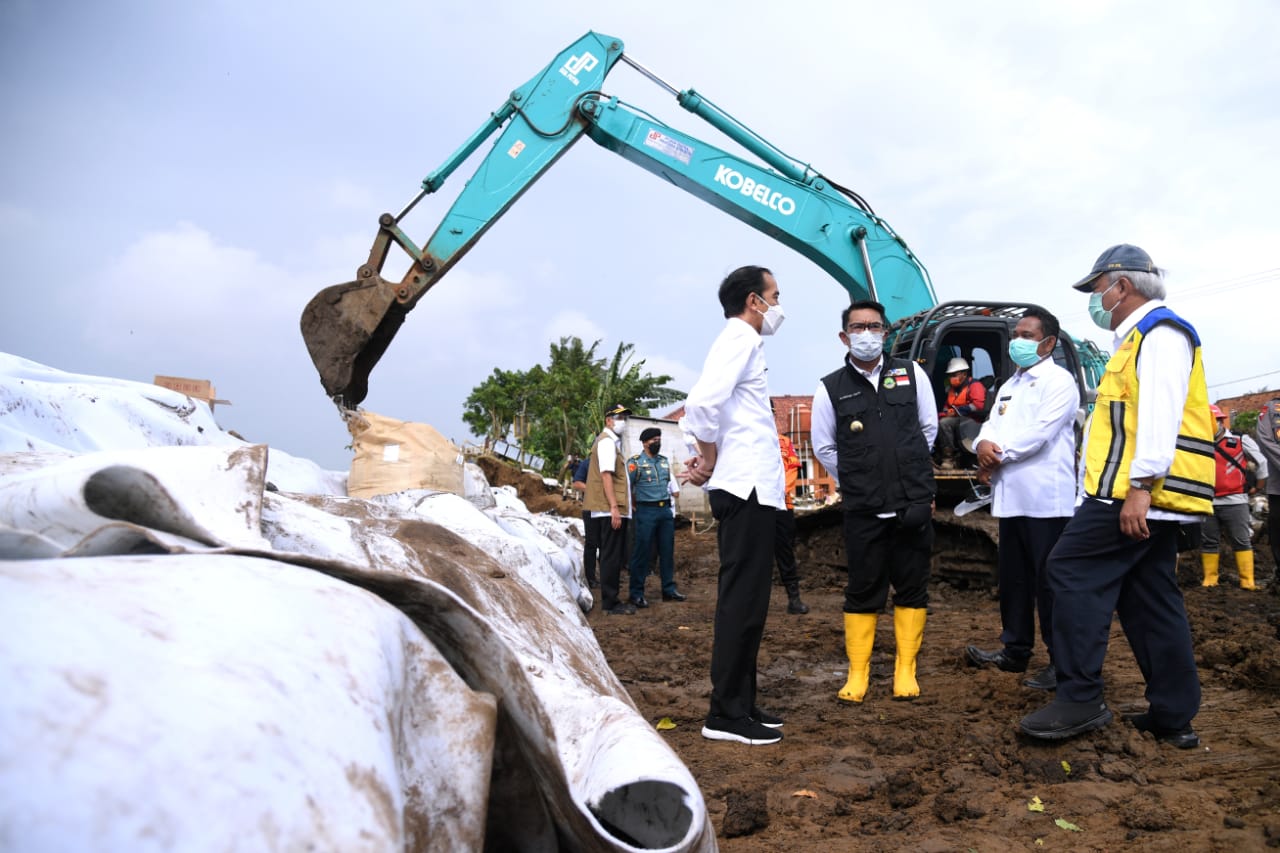 The embankment broke on Saturday (20/02/2021) at approximately 10 pm and flooded several villages nearby.

Speaking to the press after the inspection, the Head of State said that the embankment had been repaired since two days ago, adding that he has also ordered the embankment repair to be finished in two days.

“The cracks were found at three points of the embankment. But two days ago, (the repair) was begun and, God willing, I have set a target that within two days the embankment (repair) should be finished, so everything can function normally again,” he said.

The Government, he added, will also immediately complete flood-damaged housing repair due to the broken Citarum River embankment.

“As for the people who are affected, there are 30 here, the repair of their houses will be completed as soon as possible,” stated President Jokowi.

On that occasion, the President also inspected the backfill process in a flood-affected village as well as the housing of the people that has been damaged by floods.

For the record, floods that occurred due to the broken Citarum River embankment affected 4,867 households, displacing 9,438 people and forcing them to evacuate to 17 locations in nine affected villages.