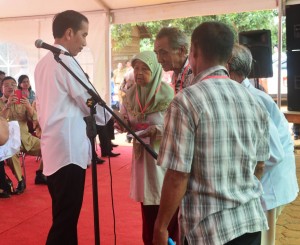 At the end of his remarks, the President hopes that the assistance would be used wisely to meet their needs. Dont use it for unnecessary things, for example to buy cellphone credits. Dont do that, the President said.

After distributing the cards, the President gave a number of bicycles to some people who could answer his questions.