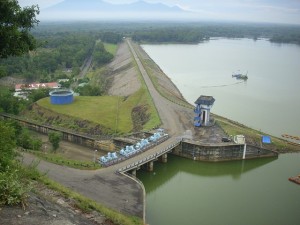 President Joko Widodo (Jokowi) is scheduled to lead the planting action under the event of Peringatan HariMenanam Pohon Indonesia (HIMPI) and Bulan Menanam Indonesia (BMN) of 2014 at Tempursari village, Wonogiri region in Central Java, on Saturday (29/11).

The commemoration of HIMPI would be attended by 2000 guest from Heads of Government Institutions, Ministers, Ambassadors and officials in the first echelon of related ministries.

The theme of this event is Sustainable Forests For Supporting Food Sovereignty, Water and Renewable Energy. This program is one of priority set by the government in 2014  2019.

Next, President Jokowi is scheduled to present awards to Governors, Regents and Mayors as their region win a One Million Trees competition of 2013 at national level. Other awards would be given to governor as the winner of Wana Lestari national competition of 2014. President also scheduled to have interview with local people there and planting Jati trees, while the First Lady Iriana would plants Durian tree.

The planting would be held on an area of 6,5 acre. Then, President Jokowi accompanied by Minister of Environment and Forestry Siti Nurbaya Bakar together with Governor of Central Java Ganjar Pranowo would inspect Gadjah Mungkur water irrigation, and launch tourism village Kampung Wayang at Pendopo of Wonogiri Region. (Oct/ES)(Ifp).