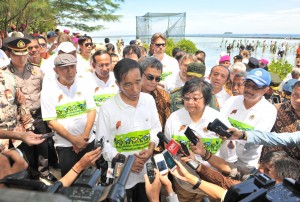 President Joko Widodo accompanied by Minister of Environment and Forestry as well as Presidential Chief of Staff is anwering the journalists questions in Thousand Islands (Pulau Seribu), DKI Jakarta, on Thursday (14/4) morning

President Joko Widodo said that moratorium on palm oil plantation and mining activities that he told to Minister of Environment and Forestry, means he would not give concession anymore.

Every one can no longer asks for palm oil concession, the President said to the journalists after the launching of National Movement for Rescuing Wild Plants and Animals, in Karya Island, Panggang Island Village, North Thousand Islands Sub-district, Administrative Regency of Thousand Islands, DKI Jakarta, on Thursday (14/4) morning.

Meanwhile, according to the President, mining moratorium should be well-prepared so that mining concessions would not overlap with forest conservation areas. If the area is intended for mining, for example, do not use it for something else. If it is not for mining, then do not use it, the President said.

Regarding peatland moratorium, at the moment, Indonesia already has Peatland Restoration Agency that has made a move to restoring peatlands that also needs a big budget.

The President added that the existing palm oil land is sufficient. As long as the seeds are of good quality, the President believed that the production can be doubled.

Since the rejunevation is too late and seeds selection is not done as well by the farmers. If it is done, the production shall be increase, the President said.

Mentioning about 20 percent efficiency of the State Budget for electricity as well as fuel oil subsidies, the President said that the budget for electricity is not cut. It is because there is efficiency in State-Owned Electricity Company (PLN) which makes them return the subsidy. If it is returned, we will use. It will be decided in Revised State Budget (APBN-P) discussion, the President said.

The President added that he already asked all ministries/institutions to cut Rp 50 trillion, in Revised State Budget, from operational spendings, such as seminars, unnecessary meetings and vehicle purchasing. (RAH/ES) (MMB/YM/Naster) 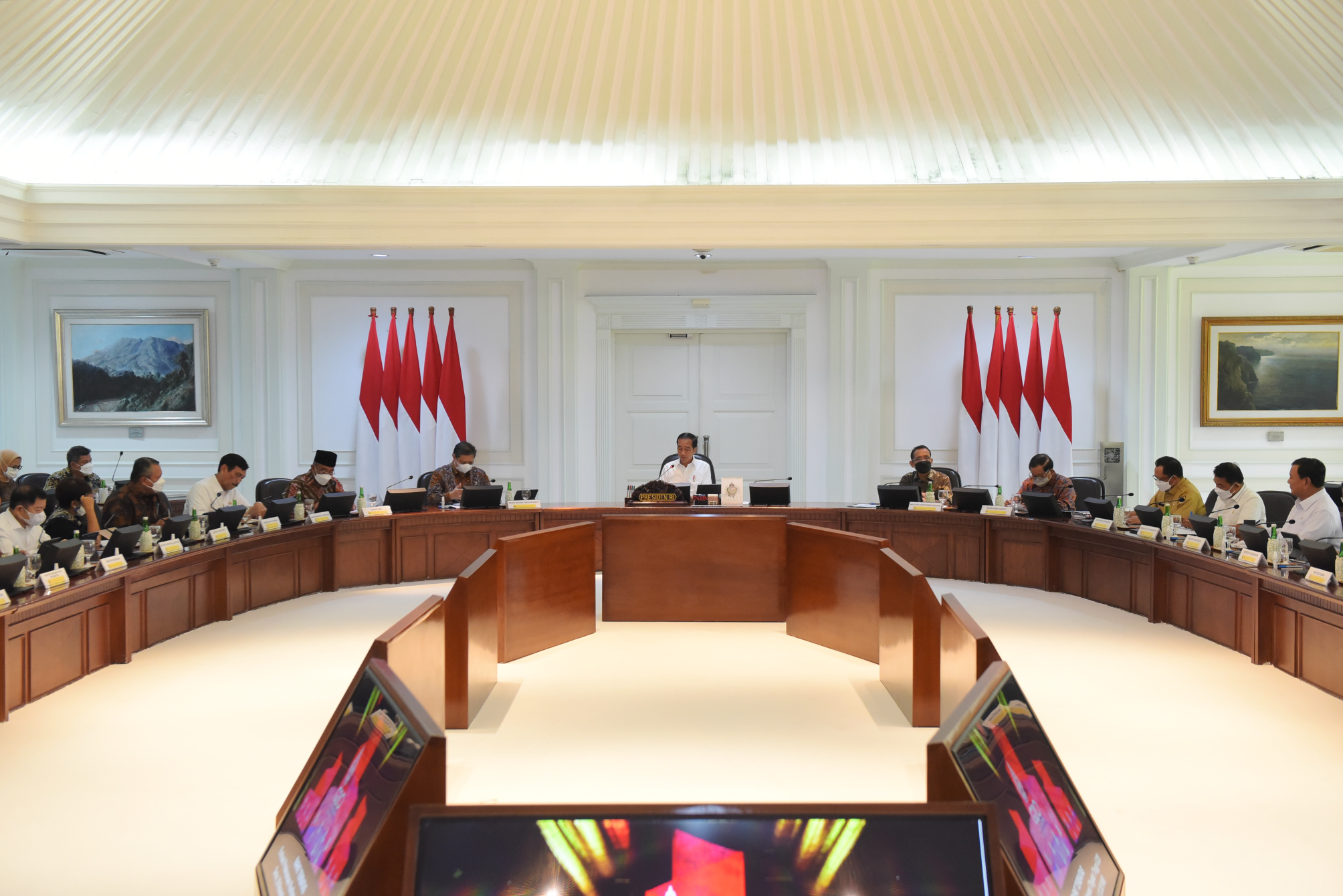