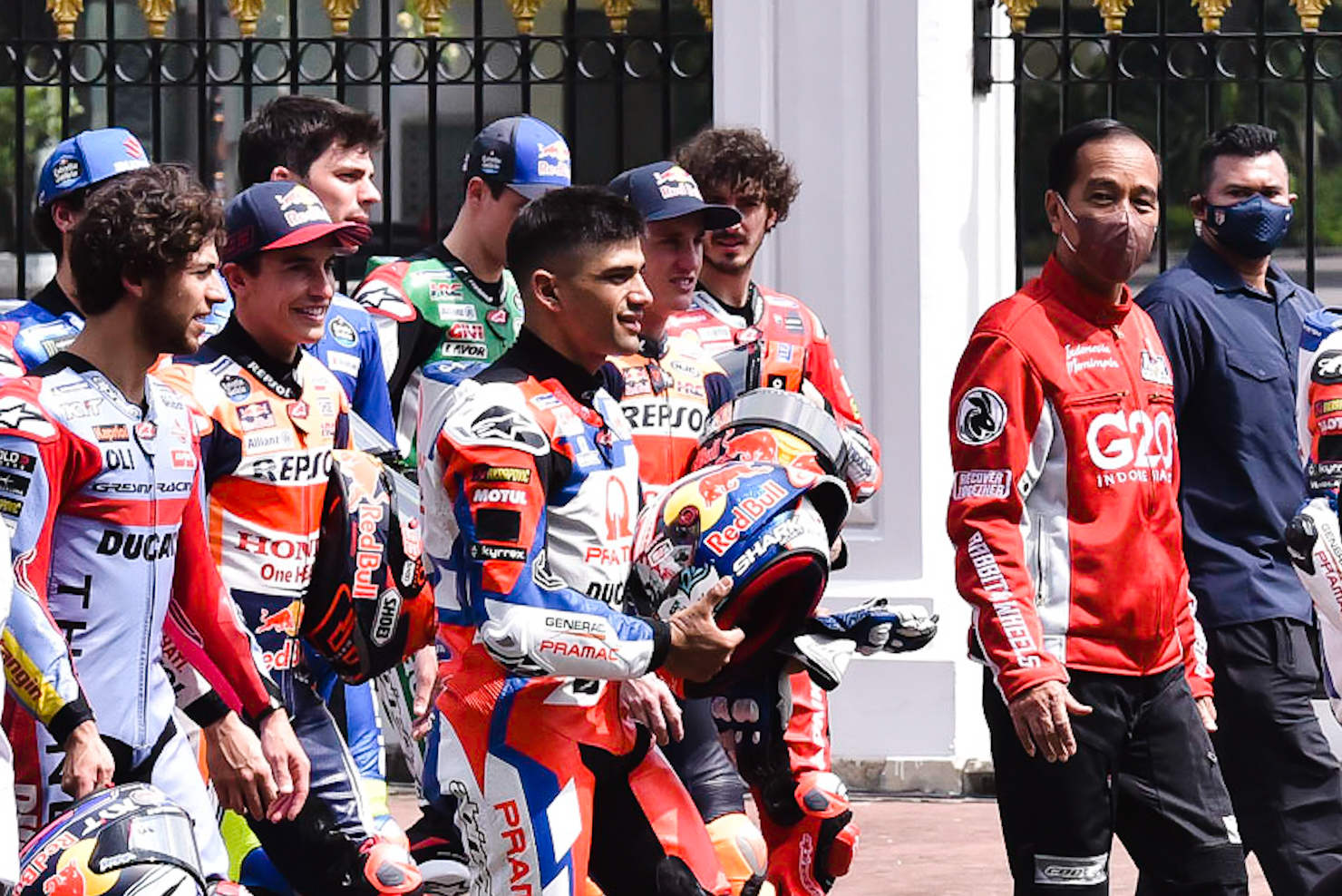 President Joko “Jokowi” Widodo Wednesday (03/16) received MotoGP racers at the Merdeka Palace. The President then flagged off the parade of the racers who will ride along Medan Merdeka road to Hotel Indonesia Roundabout.

“We just released foreign racers who will compete at the Mandalika Circuit on Friday, Saturday, and Sunday,” said the President in his press statement after flagging off the parade.

The President said that as many as 60,000 tickets for the MotoGP match to be held at the Mandalika Circuit, Lombok, West Nusa Tenggara province on March 18-20, have sold out.

“As many as 60,000 tickets for the event have sold out. We hope this will become a new brand for our country that Indonesia now has a MotoGP circuit and we can compete with other countries,” he said.

Regarding the economic potential of organizing the international sporting event, the President said the figure will be calculated after the event is finished.

“Later, once the event is over, we will calculate how many people attended the event along with other indicators. However, in term of hotel accommodation, we still need a lot of hotels in the area of Mandalika,” said President Jokowi.

He also expressed hope that Indonesian Moto3 racer Mario Aji can continue to develop his skills so that later he can participate in the MotoGP event.

“This year Mario joins the Moto3. We hope he can improve his skills and join the MotoGP later,” the President remarked. (DND/UN) (EST/MUR)