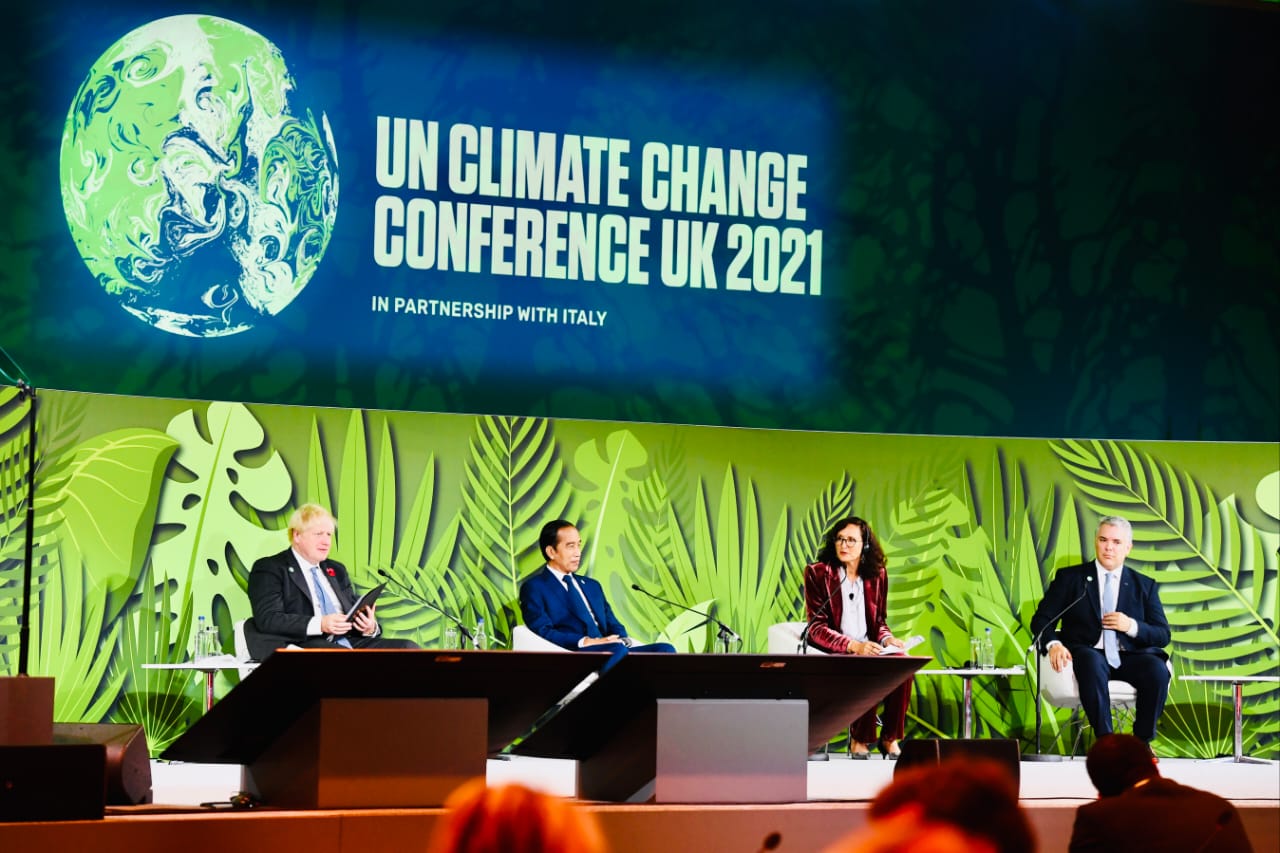 President Joko Widodo as a speaker at COP26 World Leaders Summit on Forest and Land Use, at the Scottish Event Campus, Glasgow, Scotland, Tuesday (02/11). (Photo by: BPMI/Laily Rachev)

“First, our attention must cover all types of forest ecosystems,” President Jokowi said at the Scottish Event Campus, in the Scottish city of Glasgow, Scotland, Tuesday (02/11).

President Jokowi further said that forest fires have an impact on carbon emissions and biodiversity regardless of ecosystem type. The devastating forest fires in the Americas, Europe and Australia are also a shared concern.

“Indonesia is ready to share experiences regarding its success in dealing with forest and land fires with these countries,” he said, adding that Indonesia is also doing restoration of mangrove ecosystems.

The President went on to say that Indonesia has more than 20 percent of the world’s total mangrove area, the largest in the world.

Second, President Jokowi stated that certification and production standards must be accompanied by market incentives so that they can encourage sustainable forest management and not become a trade obstacle.

The President also underscored that the certifications, methodologies, and standards must be based on multilateral and fixed parameters. Moreover, certification must also be conducted in a just manner so that it has an impact on the wellbeing of small farmers.

“Certification must also consider all aspects of the SDGs so forest management is consistent with poverty alleviation and community empowerment,” he added.

Third, President Jokowi pointed out the importance of mobilizing financial and technological support for forest-owned developing countries based on their real needs without dictating or violating a country’s sovereign rights over its territory.

“For Indonesia, we will keep moving forward with or without support. We are developing innovative funding sources, including the establishment of the Environmental Fund Management Agency, issuance of green bonds and green sukuk, as well as developing a Carbon Pricing mechanism as an incentive for the private sector to meet gas emission reduction targets,” he remarked. (BPMI SETPRES/UN) (GWH/MUR)