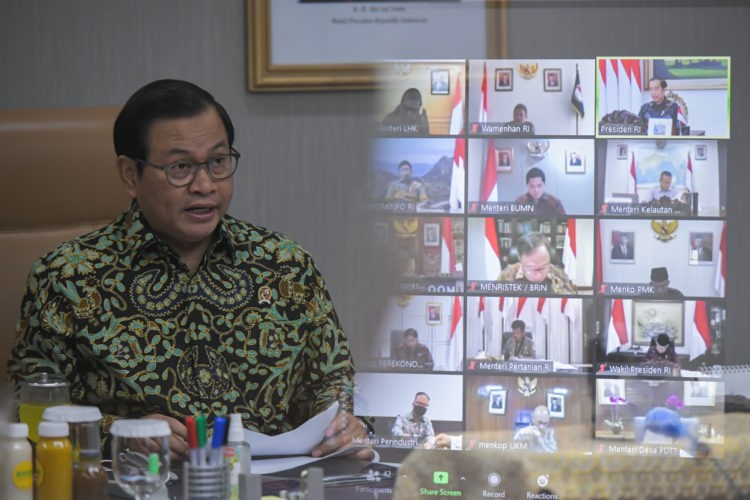 Amid the economic slowdown due to the COVID-19 pandemic, the agricultural sector has made the highest contribution to national economic growth, President Joko “Jokowi” Widodo said.

“In the second quarter, the agricultural sector grew positively by 16.24%, we need to maintain the momentum of this positive growth in the agricultural sector so that it can provide significant impacts on improving the welfare of farmers and fishermen,” President Jokowi said at a limited meeting via video conference on Farmers and Fishermen Corporations in Achieving Economic Transformation, at the Bogor Presidential Palace, West Java, Tuesday (6/10).

On the occasion, the President encouraged farmers and fishermen to form groups and business entities or corporations in order to improve living standards and realize economic transformation.

“Farmers and fishermen need to be encouraged to group in large numbers and be in a corporation. This is so tha efficient economies of scale can be obtained which can facilitate farmers and fishermen in accessing finance, information, and technology, increasing efficiency as well as strengthening marketing,” the President said.

Currently, President Jokowi said, implementation of the farmer and fisherman corporate model has not been optimal in the field. “Indeed, I am aware that there are farmer groups, fishermen groups, but a business model that owns an ecosystem which can be linked maybe with SOEs or large private companies has not yet been developed,” he said.

The President also instructed the change of mindset in the agricultural sector. He expressed hope that it should not only focus on on-farm but also off-farm. This can be achieved by managing business processes from production to post-harvest. In order to realize the farmer and fisherman corporations, he provided three directives.

First, the President instructed his aides to focus on establishing one or a maximum of two business models for farmer or fishermen corporations in a province until they are well-implemented. This model will then be used as a benchmark, to be imitated and copied by farmer and fishermen groups in other provinces.

“Based on experiences, I am certain that there will be many farmer (and) fishermen groups willing to copy, willing to imitate successful and prosperous fishing or farmer corporations,” the President said.

Second, the President instructed SOEs, Regional Owned Enterprises, and the private sector to assist these groups in order to establish an effective business model. The business process ecosystem must be established and connected with the banking system and technology innovators, coupled with improvements in management. “Including, interventions in the processing of crops, from packaging, branding, to marketing strategy,” he said.

Finally, the President stated that the strengthening of this business ecosystem should be carried out in an integrated manner. “I instruct the Ministries and Institutions to strengthen the ecosystem that is conducive to the development of farmer and fishermen corporations by preparing supporting regulations,” he said. (FID/UN)