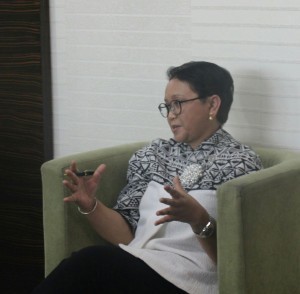 Minister of Foreign Affairs Retno Marsudi explains that President Joko Jokowi Widodo and Prime Minister of Japan Shinzo Abe shall meet at Diamond Hotel, Manila, the Philippines, on Sunday (12/11), on the sidelines of the 31st Summit of ASEAN.

Both heads of government, according to Minister Retno, to launch a very important occasion, that is 60 years anniversary of Indonesia-Japan relations. The two countries have discussed the upcoming programs to celebrate it.