President Jokowi Appeals to Police to Always Maintain its Authority 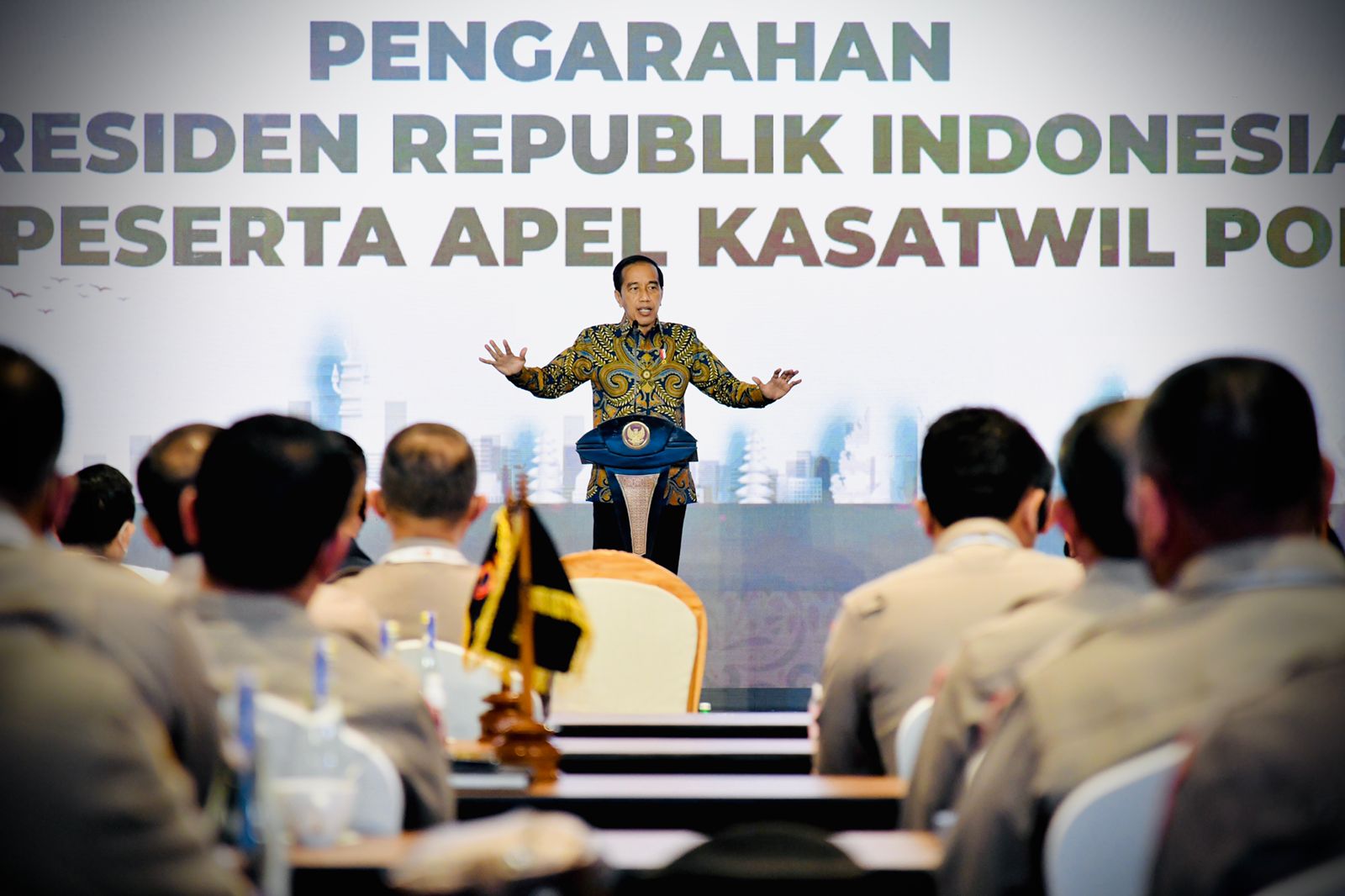 Law must be enforced indiscriminately to those violating the law and committing a crime against the state and the society, President Joko “Jokowi” Widodo has said.

“I have mentioned several times that law must be firmly enforced to anyone proven to have committed crime against the state or the society,” President Jokowi said in his directives to the heads of regional units of the Indonesian National Police (Polri), Friday (3/12), at the Apurva Kempinski Hotel, Bali province.

He added that Indonesia is a democratic country that welcomes criticism with open arms. The Head of State appealed all units at the Polri to respect freedom of speech and pay attention to public aspiration.

In case of criticism directed at the police, he added, they must respond it with persuasive and dialogic approaches.

President Jokowi reminded the police to take firm action only when the criticism is delivered through a way that disturbs public order. The police are also ordered to always preserve its firmness and assert its authority.

On that occasion, he also called on the Polri to protect and help marginalized groups. According to him, public trust index in the police is extremely high which must be maintained through paying close attention to the less-fortunate. (Presidential Secretariat/UN) (RAS/LW)