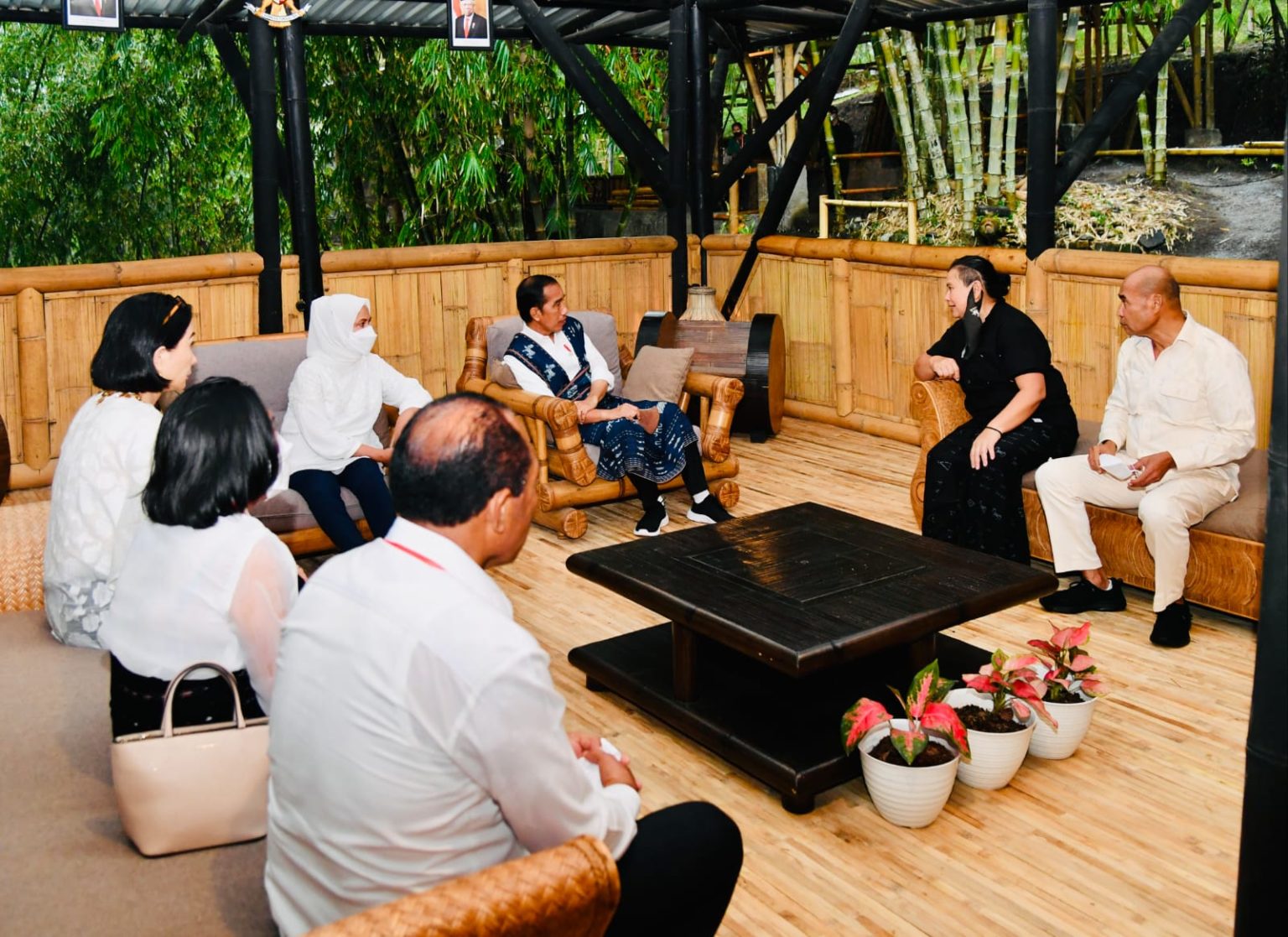 On that occasion, the President was also shown various bamboo products, such as a bamboo bicycle called Spedagi and laminated bamboo that can be used for poles, walls, and floors.

The President also listened to explanation about the conservation of Indonesia’s endemic bamboo wealth and the importance of bamboo for land restoration, water conservation and climate change mitigation, including through planting in social forestry areas and critical lands.

“President Jokowi appreciated the use of the technology and even asked about how to build a village-based factory,” said Arief Rabik, Chairperson of the Bambu Lestari Foundation (YBL).

Meanwhile, Senior Advisor to the Bambu Lestari Foundation Noer Fauzi Rachman said that the Bamboo Campus is not only a place to train bamboo craft persons (most of whom are women), but also a place to train other stakeholders in the smallholder bamboo industry sector.

“This Bamboo Campus is a place where we train Bamboo craft persons, starting from the first experience of doing bamboo nurseries from shoots, rearing up, to the practice of sustainable bamboo forest management. We also train bamboo scouts, regional governments, and other multi-sector stakeholders, including showcasing the industry,” said Noer.

During the visit, the President also observed the process of preserving bamboo and processed bamboo products. (BPMI/UN) (EST/EP)