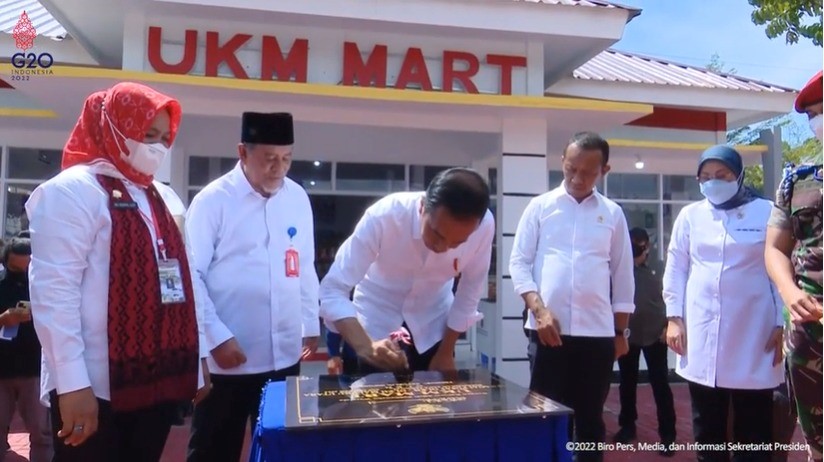 “They empower and develop MSMEs in the province very professionally. I saw the quality of the products is good, the packaging and the logo on it are also good,” the President said during the inauguration of the UKM Mart (SMEs Mart) in Tidore Islands city.

On that occasion, the President also expressed appreciation to the UKM Mart for having an excellent store layout for local products.

“The UKM Mart has a good product display. I think other provinces should take it as an example,” he said.

Previously, during an inspection at the Jailolo People’s Market in West Halmahera regency, the President also expressed his appreciation for North Maluku’s economic growth that stood above the national level.

“The growth must be maintained continuously, including the conduciveness of every regency, city, and province since North Maluku recorded quite high economic growth,” he said.