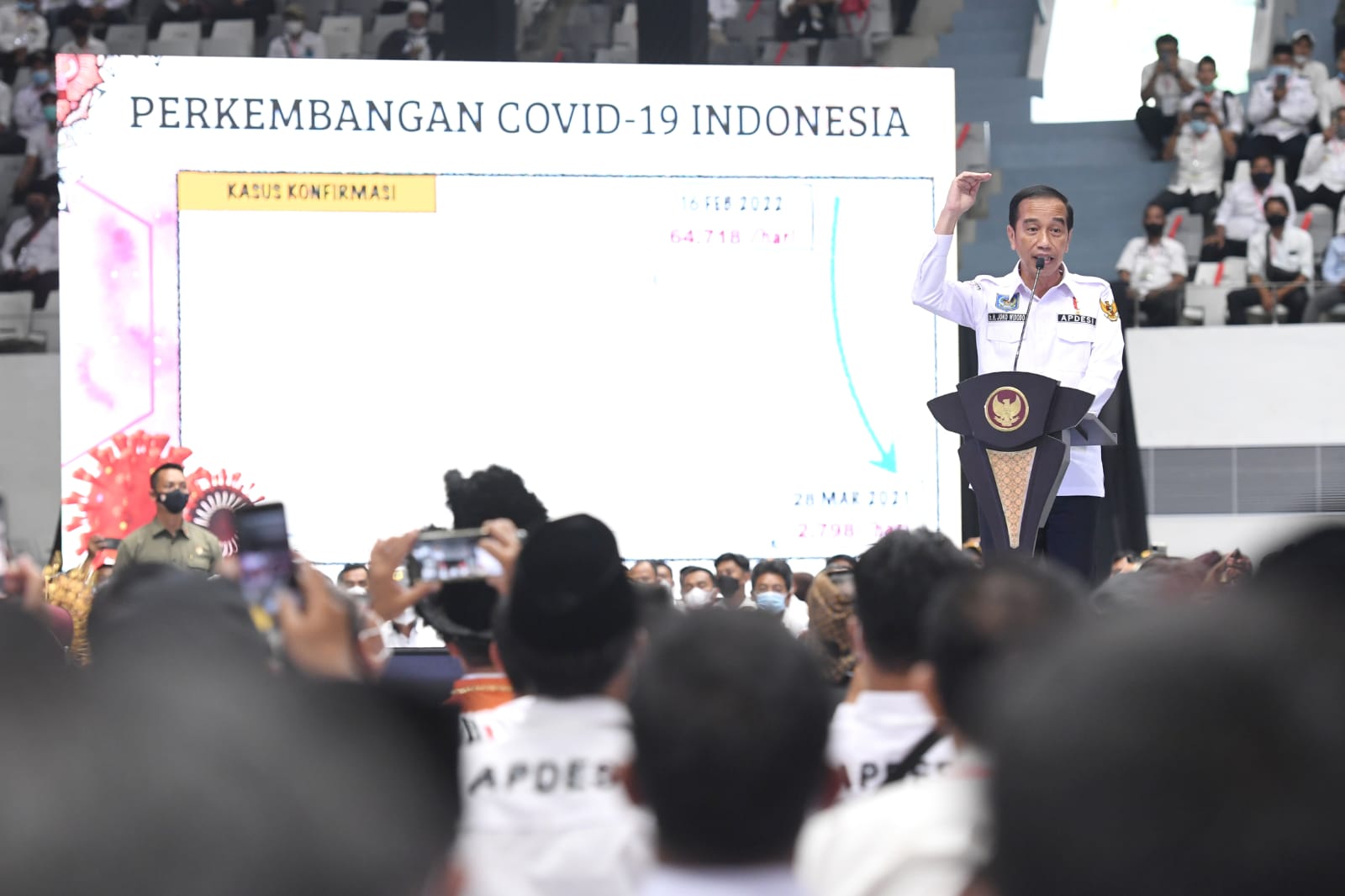 President Joko “Jokowi” Widodo expressed appreciation for the role of village governments in handling the COVID-19 pandemic so that the current pandemic situation in the country is relatively under control at a low level.

He made the statement when opening the National Gathering of the Association of Indonesian Village Governments (APDESI Silatnas) which was held at Istora Senayan, Jakarta, Tuesday (03/29).

“Omicron variant reached 64,000 (cases) during its peak in mid-February. Yesterday, the cases reached 2,700; dropped from 64,700 to 2,700 (cases) thanks to the hard work of all of you in disseminating information to the public, in encouraging people to get vaccinated, to wear masks, to maintain distance, to wash their hands,” President Jokowi said.

The President said that the contribution of village government officials in handling this pandemic was a unique thing that other countries did not have.

“Your role does not exist in other countries. Other countries focused on solution in the hospital, while we work together to the lowest level of the community,” he said.

The role of village governments was also seen in accelerating the rate of vaccination for the public. Currently, vaccination coverage in the country has reached 374 million doses.

“I also appreciate all of you in inviting the public to get vaccinated. 374 million doses is not a small number. Injecting 374 million times is not easy, but we can do it because we work together,” he said. (TGH/UN) (EST/MMB)