Indonesian Ambassador to the US Mahendra Siregar delivers a press statement related to his appointment as Deputy Foreign Minister, at the Presidential Palace, Jakarta, Friday (25/10). (Photo by: Jay/PR)

A number of candidates for deputy ministers of the Indonesian Onward Cabinet on Friday (25/10) met with President Joko “Jokowi” Widodo at the Presidential Palace, Jakarta.

“I have just met with the President to discuss matters relating to foreign affairs and global issues, such as how to improve the quality of trade investment promotion and also the way we see this difficult global condition is no longer perceived business as usual,” said Mahendra Siregar, who is currently Indonesian Ambassador to the United States.

According to Mahendra, the President specifically gave him a mandate to coordinate these matters in cooperation with Ministry of Trade and the Investment Coordinating Board (BKPM) to be able to move faster so it is not entangled with bureaucracy.

Mahendra went on to say that he also discussed specific issues with the President, among others, global trade and ongoing trade war between China and the United States.

“We should be able to see this as opportunity, not as challenges and problems. We (the Ministry) are also asked to finalize the Generalized Systems of Preferences (GSP) with the United States within one month,” said Mahendra, adding an increase in Indonesia’s exports of 10-25 billion dollars in 2-5 years forward is also one of the tasks mandated.

Mahendra also said that the President gave him one year to meet the target; otherwise, the President will appoint someone to replace him.

Meanwhile, former General Treasurer of the Jokowi-Ma’ruf National Campaign Team Sakti Wahyu Trenggono said he was called by the President and assigned to assist Ministry of Defense to develop the country’s defense industry sector.

“We will respond to the President’s vision to develop a better defense industry sector,” said Trenggono, adding that he will focus more on developing domestic defense industry. 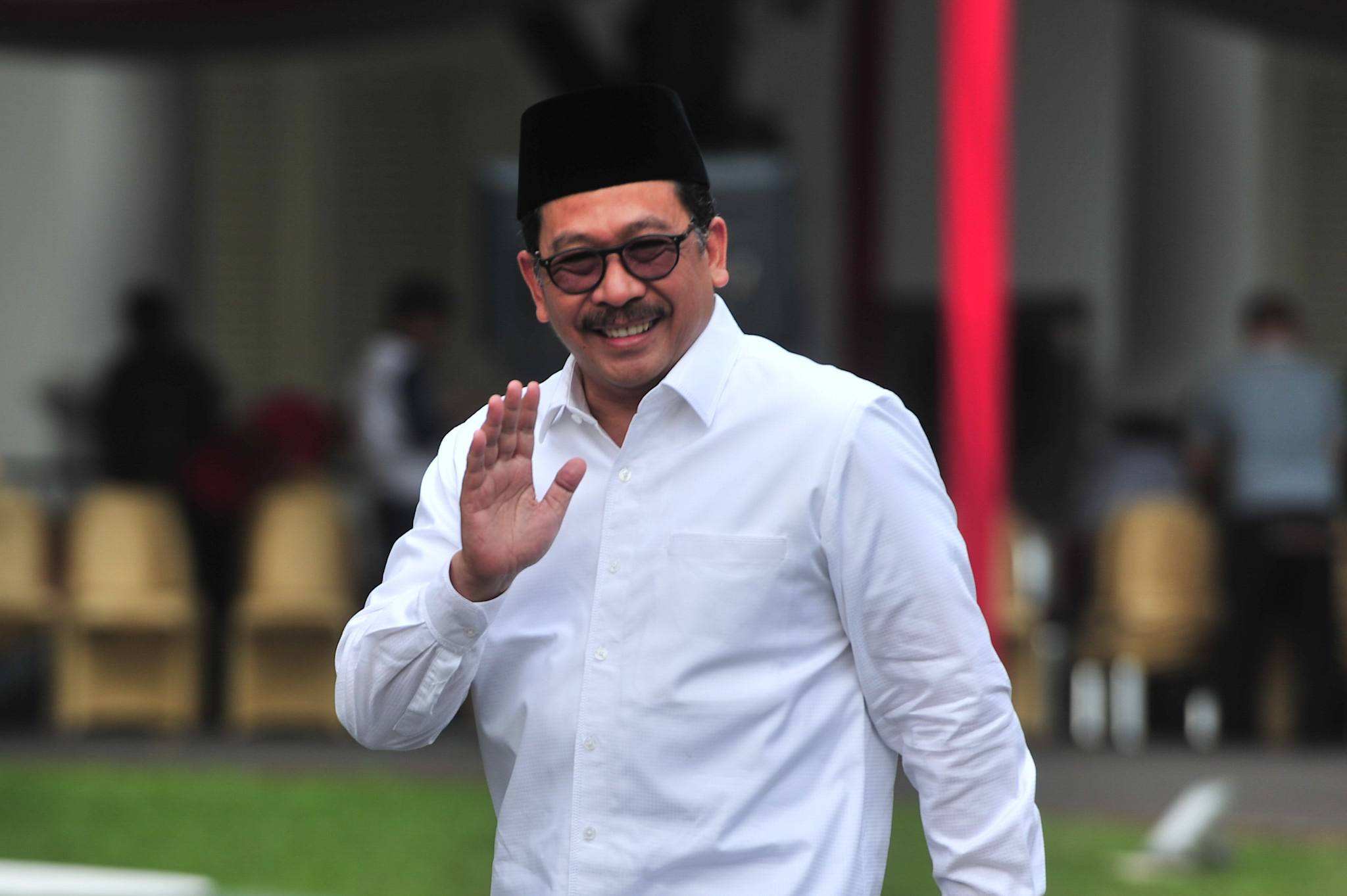 Meanwhile, the United Development Party (PPP) politician Zainut Tauhid said that he and President Jokowi mainly talked about measures to improve education in the madrasa (Islamic school), pesantren (Islamic boarding school) so they can give birth to students who are intelligent, noble, have a high level of competence and embrace the personality of the Indonesian nation

“This is a serious problem because it is an emphasis in the human capital development sector,” said Zainud, adding that the President also asked him to manage da’wah (religious outreach) properly so da’wah can be carried out truly in accordance with the teachings and guidance.

In the meantime, Head of Ministry of Finance’s Fiscal Policy Agency Suahasil Nazara said that President Jokowi appointed him as Deputy Minister of Finance with a focus on improving supporting policies in an effort to boost investment, increase labor absorption, and stimulate economic growth. (MAY/JAY/ ES)