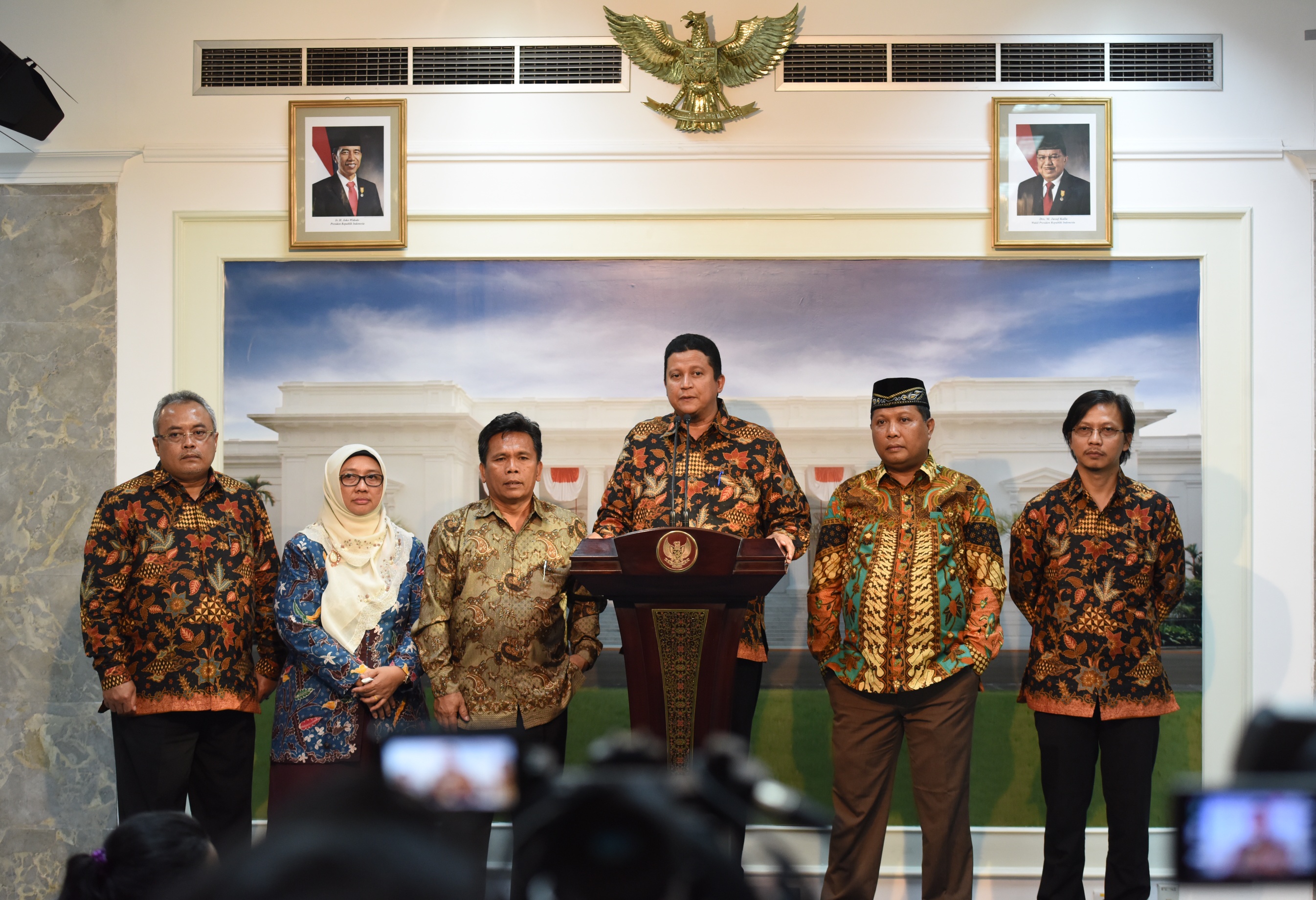 Chairman of Bawaslu for the 2012-2017 period delivers a press statement at the Presidential Office, Jakarta, Monday (10/4). (Photo: PR/Jay)

Some of the issues discussed, according to Muhammad, were the President asked what the challenges in the General Election and the supervision for the 2019 Election which will be conducted simultaneously for the first time. “Five of us and Pak Secretary General made it clear from the evaluation of the supervisory ranks what needs to be paid attention, including from the Government and internal office, what should be done by the ranks of election supervisors,” Muhammad said.

In principle, Muhammad continued, President Jokowi appreciated and respected the hard work and dedication of election supervisors throughout Indonesia. He also said that the President expressed his hope that in the future, the supervision strategies and various matters related to the improvement of the role of Bawaslu functions could be enhanced. “The point is, once again the Presidebnt expressed thanks and appreciation to Bawaslu and all ranks for the performances, professionalism, and for being independent in safeguarding the election processes in Indonesia,” Muhammad said.

Meanwhile, responding to the questions about the simultaneous elections, Muhammad explained that because he never had the experience regarding the simultaneous elections, so he asked for the Presidents help through coordination between state institutions so that the bill can be effective in terms of stipulation to become law. “We have also prepared a number of notes and results which we will submit to the Commissioners of Bawaslu due to be sworn in by the President tomorrow. In shaa Allah, our successors will find it not too difficult to handle this because the Bawaslu rules are also largely from some Commissioners who have already become the organizer at the provincial level,” Muhammad added.

When it comes to the violations, Muhammad said that the President is aware that it is impossible for Bawaslu to solve all the problems of election violations. “The President gives appreciation and Alhamdulillah, most violations have been handled properly in accordance with the criteria of laws and regulations. The President hopes that in the future, law enforcement can be more effective given the challenges facing the election will be greater,” Muhammad concluded. (FID/DNA/JAY/EN) (MUR/YM/Naster).