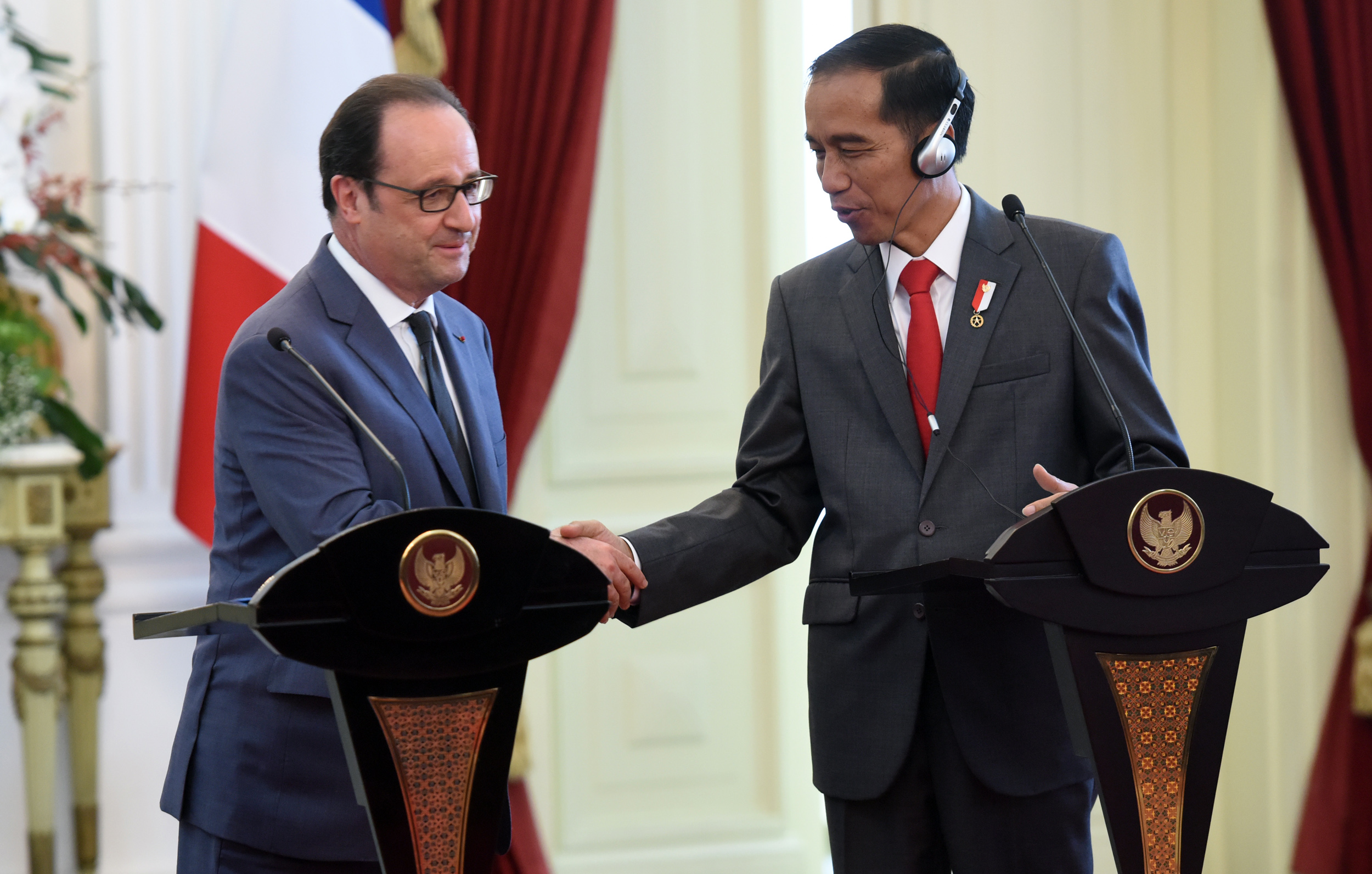 President Joko Jokowi Widodo expressed his appreciation to French President Francois Hollande for paying a state visit to Indonesia and bringing along 40 businessmen as well as for the new commitment of investment worth US$2.6 billion to enhance cooperation in the fields of energy, infrastructure, and retail. “I had a bilateral meeting with President Hollande and we agreed to strengthen the commitment to promoting good relations between our two countries,” the President said in a joint press conference with President Francois Hollande of France after witnessing the signing of bilateral cooperation of the two countries, at the State Palace, Jakarta Wednesday (29/3) afternoon.

The President welcomed a renewed focus on bilateral relations, namely cooperation in the fields of maritime and creative economy. According to the President, Indonesia has asked for cooperation in the fight against Illegal, Unreported, and Unregulated (IUU) Fishing, including stipulating IUU Fishing as a transnational organized crime.

When it comes to creative economy, the President continued, cooperation in the fields of cinematographic, film, fashion, and digital economy will continue to be developed.

In addition to bilateral cooperation, according to the President, Indonesia and France will work very closely in various international issues, including the issue of Palestinian independence, world peacekeepers, and the fight against extremism and terrorism. “Both countries agreed to continue to fight for the Palestinian-Israeli peace achieved through the concept of two-state solution,” the President said.

As one of the world’s largest contributor of peacekeepers, President Jokowi continued, Indonesia and France agreed to enhance cooperation including capacity-building in the French language for Indonesian troops.

In addition, Indonesia and France agreed on the importance of spreading tolerance and the elimination of xenophobia as part of efforts to combat extremism and terrorism.

President Jokowi welcomed the signing of five MoUs in the fields of sustainable urban development, tourism, defense, and science and research, as well as the exchange of researchers. (RMI/RAH/AGG/ES) (MUR/YM/Naster).