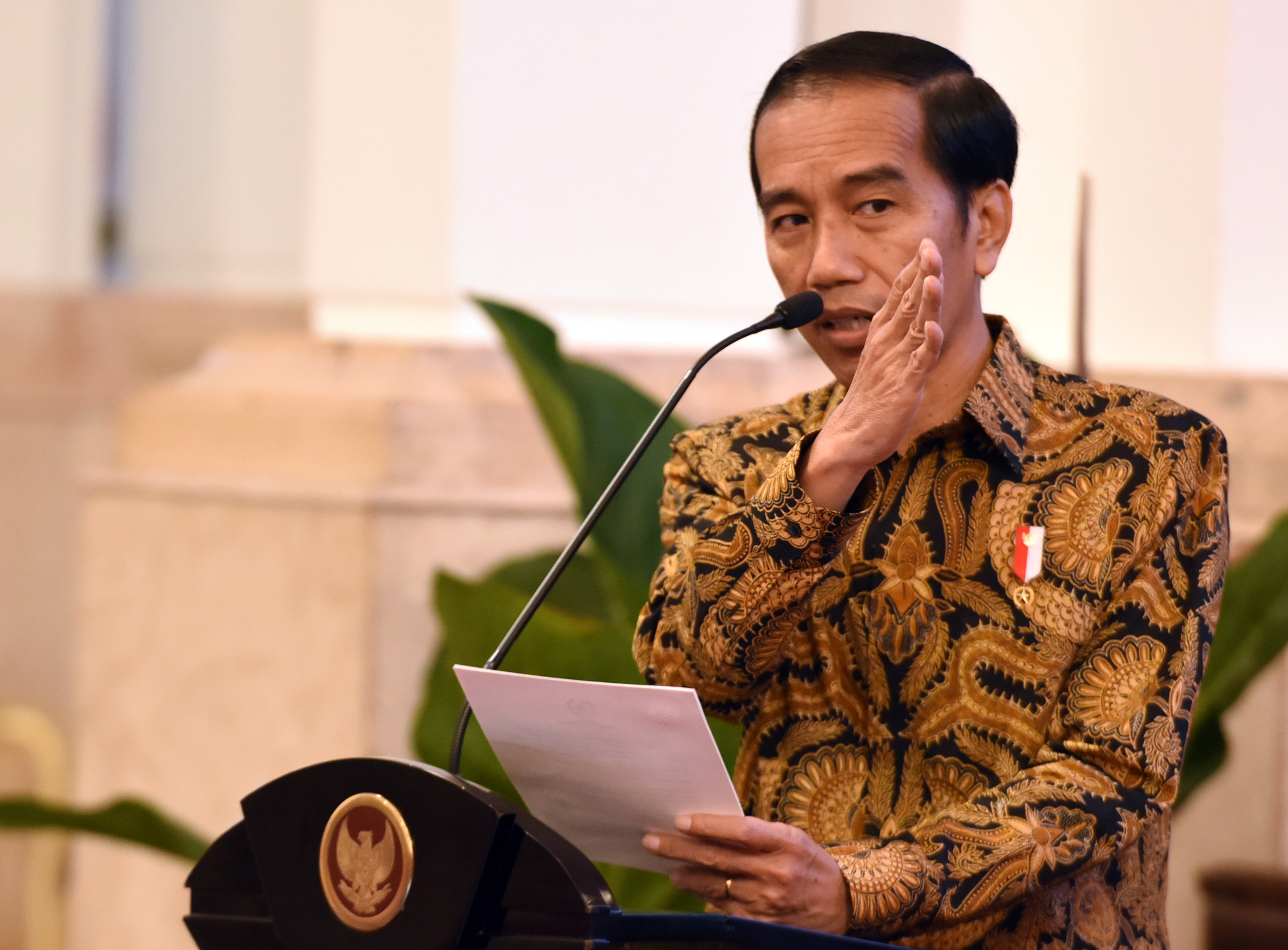 President Jokowi delivers his remarks at the Financial Closing Event of PINA 2017, at the State Palace, Jakarta, Friday (17/2)(Photo by: Public Relations Division/Rahmat)

I welcome the financial closing of a toll road project done by PT Waskita (construction service firm) as the first project that adopts the PINA scheme. I hope this can be a good start as it will accelerate the project, which is worth Rp70 trillion, the President said in his remarks at the Financial Closing Event of the 2017 Non-Budget Government Investment Financing at the State Palace, Jakarta, Friday (17/2).

President Jokowi admitted that if the Government depends only on the State Budget, development projects would not be done fast due to the limitation of the Budget. Therefore, the President said, special schemes such as the PPP, limited mutual funds, etc have to be used.

I suppose we have to adopt these schemes. There will be many infrastructure projects that used to depend on the State Budget but now no longer depend on it. It can be pure investment, the PPP, or the KPBU (government-to-business cooperation), or we can use other schemes, the President said.

President Jokowi added that he has told Minister of National Development Planning/Head of the National Development Planning Board (Bappenes) so infrastructure projects that have been undertaken by state-owned enterprises and those who have been completed, from greenfield projects into brownfield projects, to release the projects through securitization so the State can get more money.

And what is the money for? To build infrastructures in other locations. So once the project is done, its not to be enjoyed every week or every month. Thats not the task of state-owned enterprises. The task is to build as many as infrastructures as possible all over the country, the President said, adding that such a pattern has been implemented by Waskita Karya through its subsidiaries and other state-owned enterprises.

President Jokowi hopes that in the future, this kind of funding scheme can also be implemented not only for toll road project but also in other projects such as seaports, airports, energy, power plants, oil refineries, and others.

Take a project in Umbulan (Pasuruan, East Java, red), for example. I have no idea for how many years the project has been stopped. Now the project has begun again by using the PPP scheme. I suppose to tackle such issues, we have to find breakthroughs outside ways and mechanisms that weve often implemented or enjoyed. Once again, we have to get out of this comfort zone, the President said.