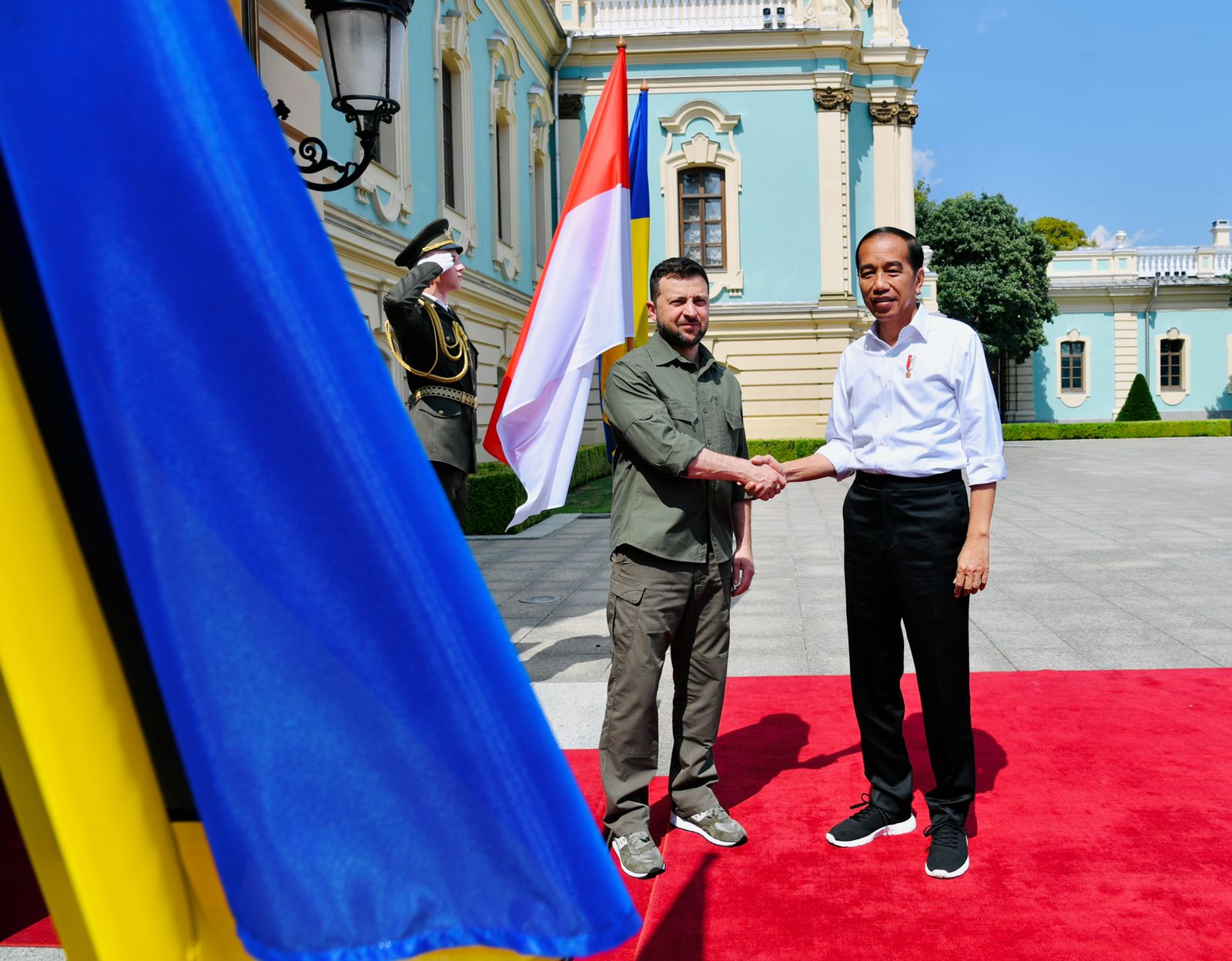 President Jokowi is welcomed by President Zelenskyy upon arrival at the Mariinsky Palace, Kyiv, Ukraine, Wednesday (06/29). (Photo by: BPMI of Presidential Secretariat/Laily Rachev)

Upon his arrival at the Mariinsky Palace, Kyiv, President Joko “Jokowi” Widodo was welcomed by Ukrainian President Volodymyr Zelenskyy at the palace’s entrance at around 15.00 local time, Wednesday (06/29).

Afterward, the two leaders entered the palace to have a group photo session followed by a tête-à-tête meeting.

In a press statement prior to his working visit Sunday (06/26), at Soekarno-Hatta Airport, Tangerang, Banten province, President Jokowi revealed that he sets off for a peace-building mission to meet the leaders of Ukraine and Russia.

“The mission is to invite Ukrainian President Volodymyr Zelenskyy to give room for dialogue to build peace. We must stop the war and restore food supply chains,” the President said.

After leaving Ukraine, President Jokowi is scheduled to continue his working visit to Russia to meet Russian President Vladimir Putin. “Once again, with the same mission, I will invite President Putin to give room for dialogue and declare a ceasefire and stop the war as soon as possible,” the President remarked. (BPMI of Presidential Secretariat/UN) (RIF/MMB)