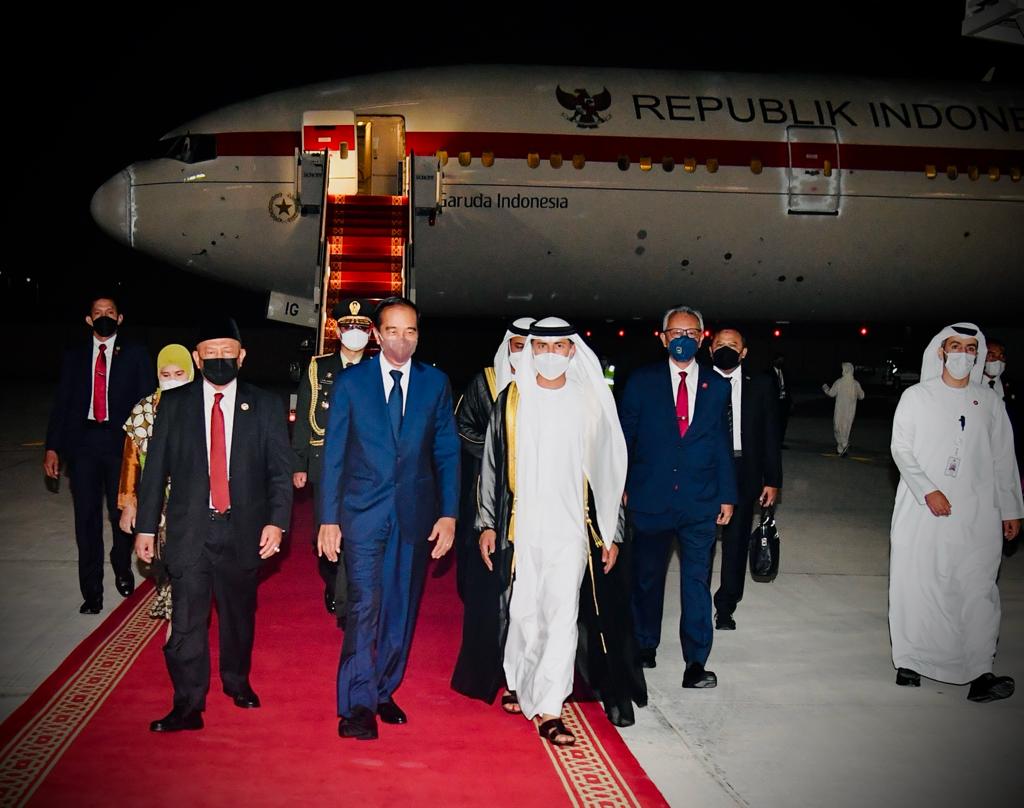 Upon his arrival, President Jokowi was welcomed by the Indonesian Ambassador to the UAE Husin Bagis and his spouse Farida Husin Bagis, UAE Minister of Energy and Infrastructure Suhail Al Mazroui, and Indonesian Defense Attaché in Riyadh Brigadier General Erlangga.

Prior to leaving the airport, President Jokowi had a dialogue with UAE Minister of Energy and Infrastructure Suhail Al Mazroui accompanied with the Indonesian Ambassador to UAE Husin Bagis at a Majlis, space designated for official ceremonies.

Afterward, the President along with his entourage left Abu Dhabi International Airport to a hotel where they will be staying during the visit to Abu Dhabi.

United Arab Emirates is the third country the President visited during his overseas business trip after Italy and Scotland, UK.

In the UAE capital, President Jokowi is slated to meet Crown Prince Sheikh Mohammed bin Zayed (MBZ) and attend a business meeting with several public figures and businesspeople in the UAE.

The President’s agenda in Abu Dhabi is primarily to strengthen cooperation, especially in trade and investment.