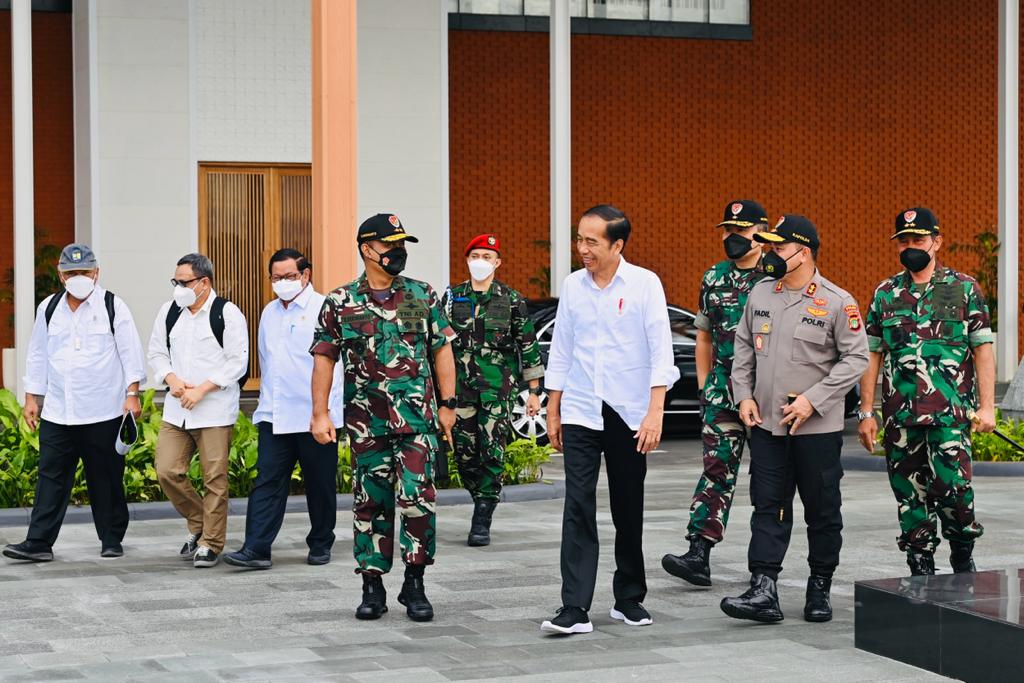 President Jokowi then continued his schedule by visiting Klandasan Market in Balikpapan city to hand over cash assistance to market traders and street vendors.

The President is also slated to inspect a number of infrastructures in the IKN area, including the Sepaku Semoi Dam, and the Mentawir Nursery as well as the land development.