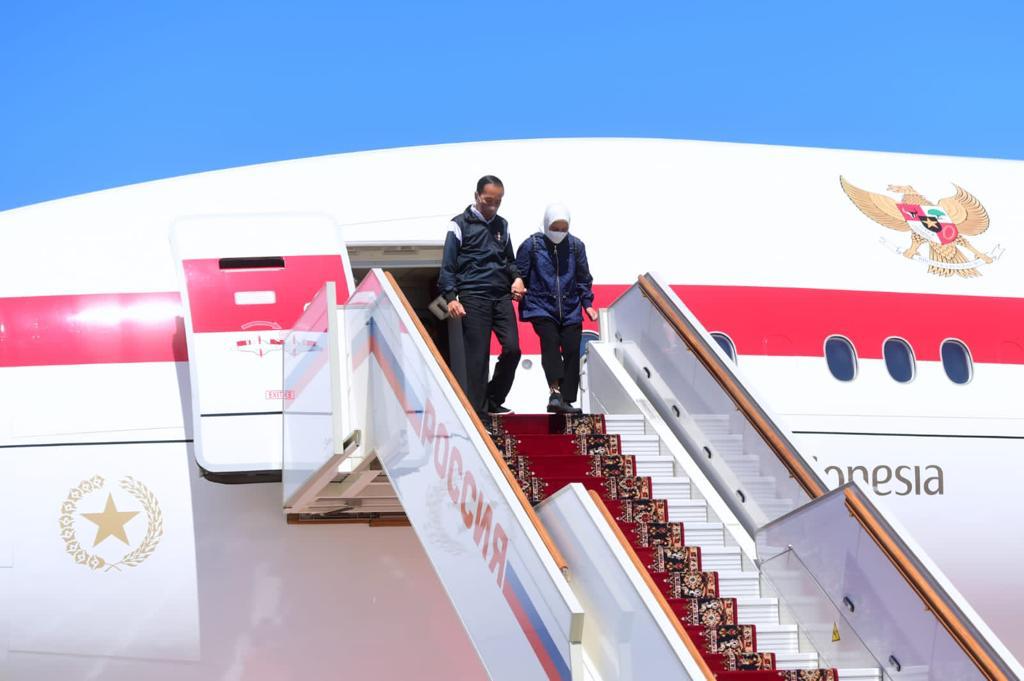 The GIA-1 aircraft carrying the Head of State landed at around 11:00 local time.

From the airport, President Jokowi and the entourage immediately headed to a transit hotel before heading to the Kremlin to meet Russian President Vladimir Putin.