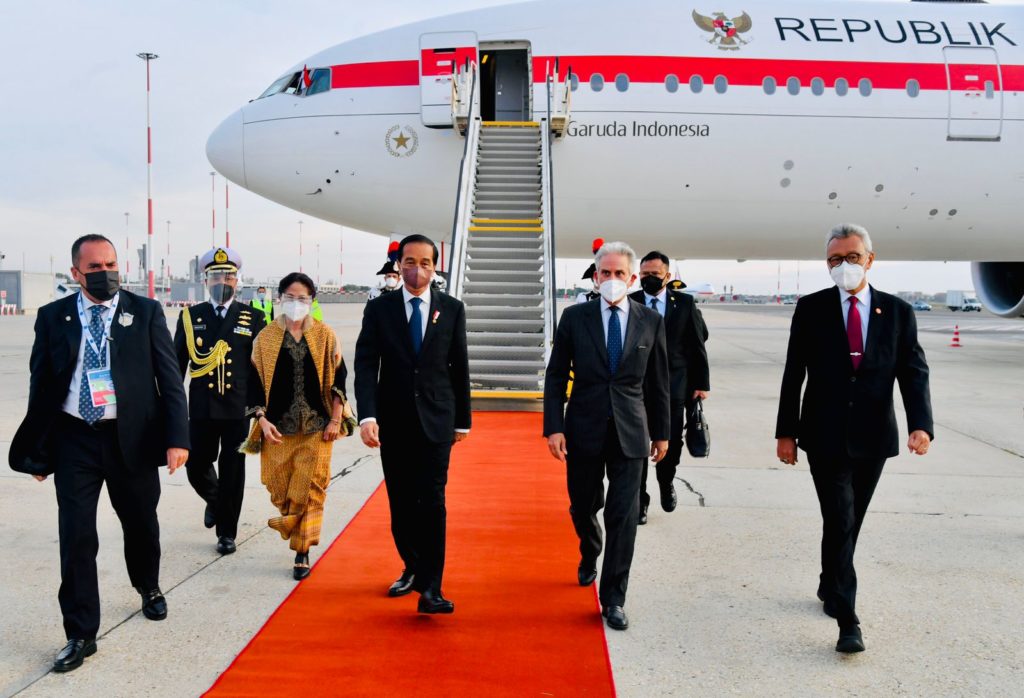 President Joko “Jokowi” Widodo on Friday (29/10) arrived in the Italian capital of Rome to join the G20 Summit.

After approximately 13 hours of flight time, the national flag carrier Garuda Indonesia Airlines (GIA-1) carrying the President and his entourage landed at Fiumicino Airport, Rome at around 17.25 local time.

Upon arrival, Ambassador Extraordinary and Plenipotentiary of the Republic of Indonesia to the Italian Republic R.A. Esti Andayani invited the President to get off the plane.

President Jokowi was greeted by the welcoming official from Italy Raimondo de Cardona and the Defense Attache of the Republic of Indonesia in Rome, Marine Colonel Wachyad. The President and his entourage then headed to the hotel to spend the night.

The President will continue his work agenda tomorrow, including the G20 Summit and several bilateral meetings with country leaders. (Presidential Secretariat/UN) (FI/EP)