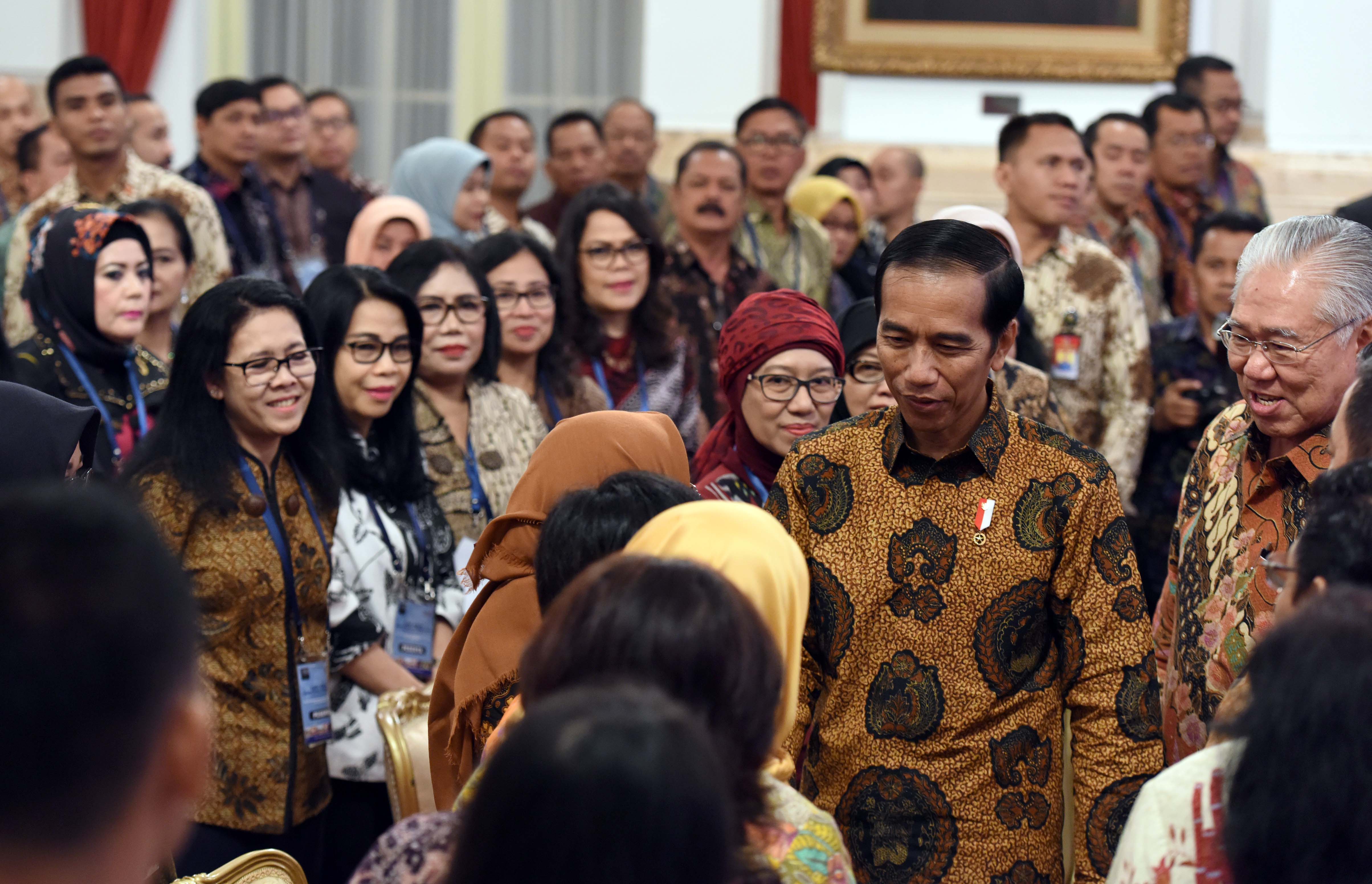 President Jokowi meets the participants of the 2017 Working Meeting of the Ministry of Trade on Tuesday (21/2), at the State Palace, Jakarta

President Joko Jokowi Widodo has called on the Government officials, particularly the Ministry of Trade officials, to pay more attention to traditional markets, not only in terms of the buildings and providing vendors with financial assets, but also to give them guidance and better trainings.

I ask you all to manage traditional markets and make them clean markets that are free from inundation and smells, as well as to provide them with parking lots, President Jokowi said during the Opening of the 2017 Working Meeting of the Ministry of Trade on Tuesday (21/2), at the State Palace, Jakarta.

Once the buildings are renovated, President Jokowi hopes that the management can be improved.

President Jokowi also called on the officials to help market vendors to get financial assets as well as guide them and give them better trainings.

I know that we feel more comfortable to work at the office, but our people, the market vendors, need our guidance, the President said adding that the vendors have never improved in the past ten years because the Government did not guide them.

Guide them so that it will improve the management, the President firmly said.

Also on that occasion the President mentioned about uniform for vendors in the markets. President Jokowi asked how much does it cost to buy uniform. The cost will be very low compared to the Ministrys budget. If it realized, the customers and people will notice that the markets have changed, the President said.

President Jokowi also believes it should not be hard to train the vendors. However, the President admitted that it surely takes hard work and considerations.

However, we need to remember that what we have done to the people will give us meaning to work. It will give us happiness inside when we see them have a better live, President Jokowi concluded.