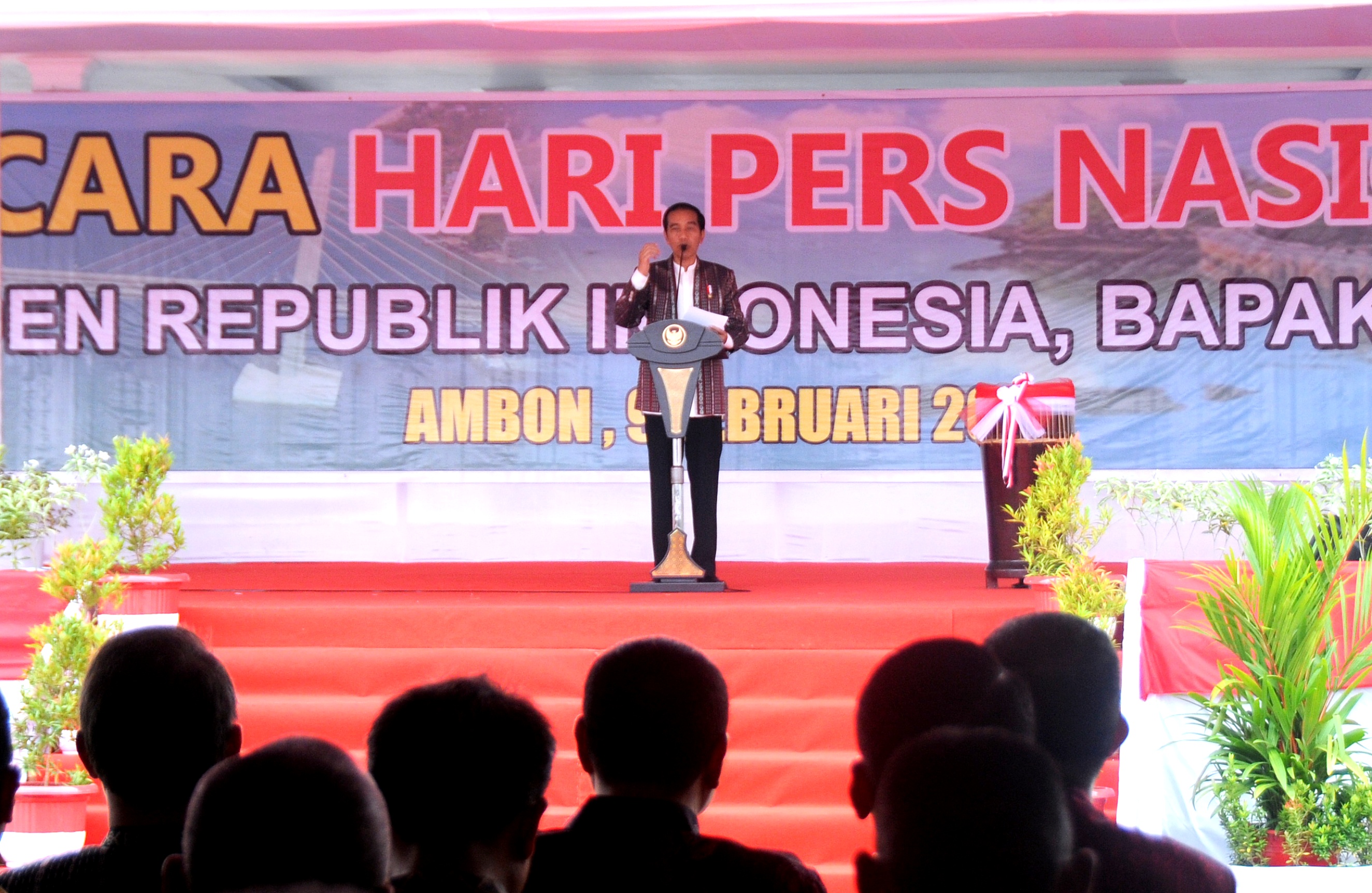 President Joko Jokowi Widodo expressed his optimism that despite being battered by social media, the mainstream media will not disappear, as radio does not disappear with the presence of television. Both media will co-exist because they can complement each other to meet the public thirst for information. “Social media is growing because of its speed, actuality. Meanwhile, the mainstream media stand out for its accuracy and the depth of the information,” the President said in his speech at the Peak Commemoration of the 2017 National Press Day, in Tahitu Square, Ambon, Maluku, on Thursday (9/2) afternoon.

President Jokowi explained that the digitization of communication process makes every person now able to become a news producer. Everyone can report what S/he saw, what S/he went through which resulted in social media is flooded with the news. “There is objective, actual news, so is a good criticism, but there are hoax news as well which contaminate our common sense. There is news that causes commotion, so is filled with cursing, slander, divisive, and even threatens the unity of the nation,” the President said.

However, President Jokowi believes that it will make the Indonesian people become more mature and resilient. Therefore, the President added, we do not have to complain if we heard the news in social media given all countries are facing this phenomenon as well. What we must do, the President said, is to stop hoaxes and divisive news. “We have to face hoaxes,” the President said.

In such circumstances, according to the President, mainstream media should be able to straighten out hoaxes as well as clarify the news that spreads in social media and not just be silent and instead picked up issues that have not been verified in social media as their news references. “The media mainstream should keep promoting the ethics of journalism which requires factuality, objectivity, and discipline in the conduct of verification,” the President said.

To that end, the President appreciated the efforts of the Press Council that verifies the mass media companies, both print and electronic media. In addition to guaranteeing professionalism and protection of journalists, according to the President, the presence of such verification enables the public to know which media outlets can be trusted and used as a reference.