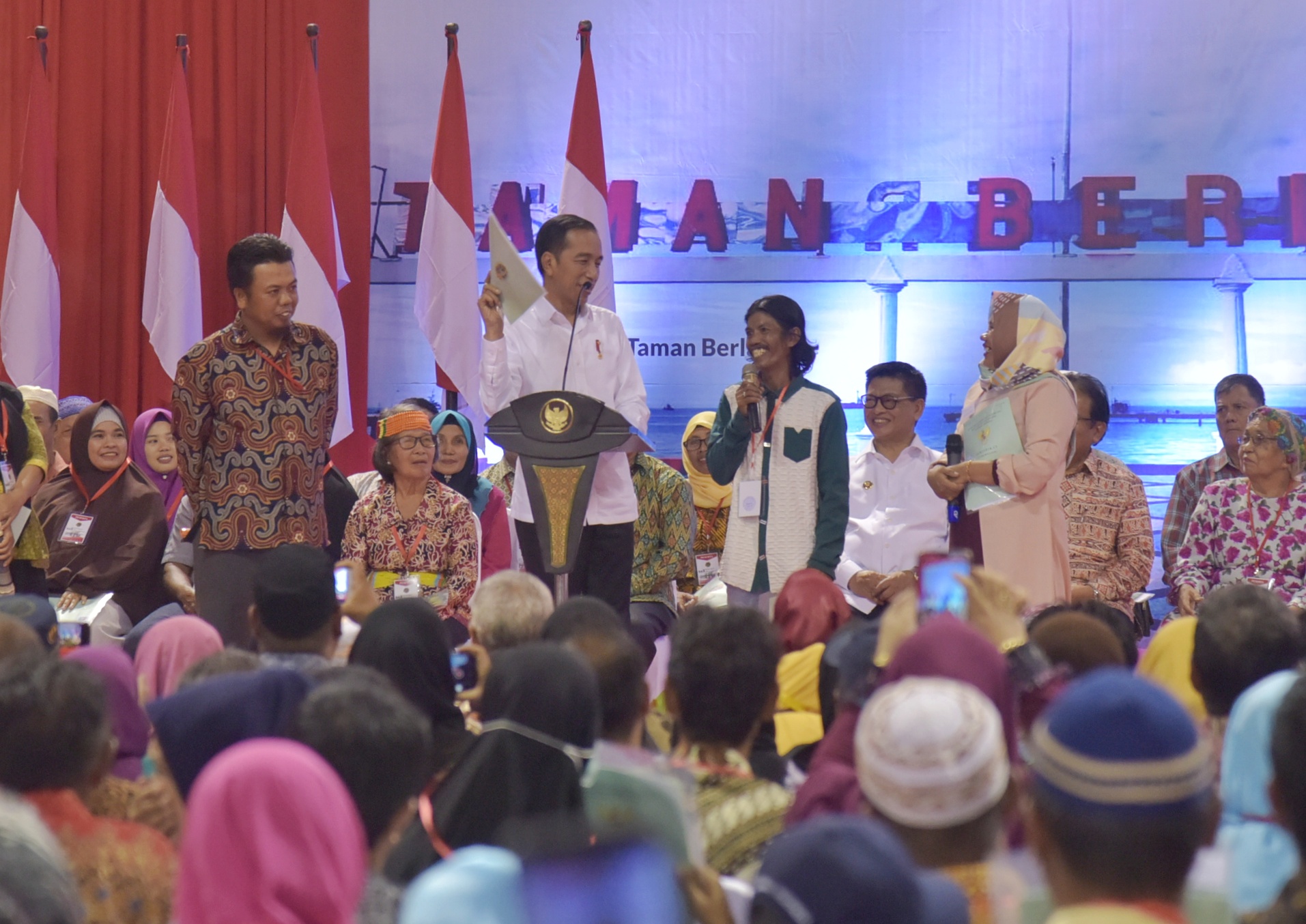 President Joko “Jokowi” Widodo reminded land certificates owners who want to use their certificates as collaterals for bank loan to think carefully beforehand and assess themselves whether or not they can pay the installment every month.

On that occasion, a number of recipients said that they will use their land certificates for bank loan. After receiving the money, they will use it as a capital to start business. President Jokowi reminded them that there are possible risks of bank loan so they must think carefully before applying for the loan.

“If you use the money as a capital to start business, project the amount of profit needed to pay for its monthly installment until your loan is paid off,” he added.

In his introductory remarks, the President told the residents that land certificate is a legal proof of property ownership.

With land certificates, someone cannot easily claim to own land because in the certificate the name of the owner is written down. It is the key to reduce land disputes and conflicts that were often complained by the people in almost all villages and regions which the President visited.

“If there is someone who claims to own your property, you can show the certificates which states name of the owner, as well as location and area of the land,” President Jokowi said adding that the people who already received the certificate should put it in a plastic cover and to make a copy of it so that if the certificate is lost, they still have the copy.