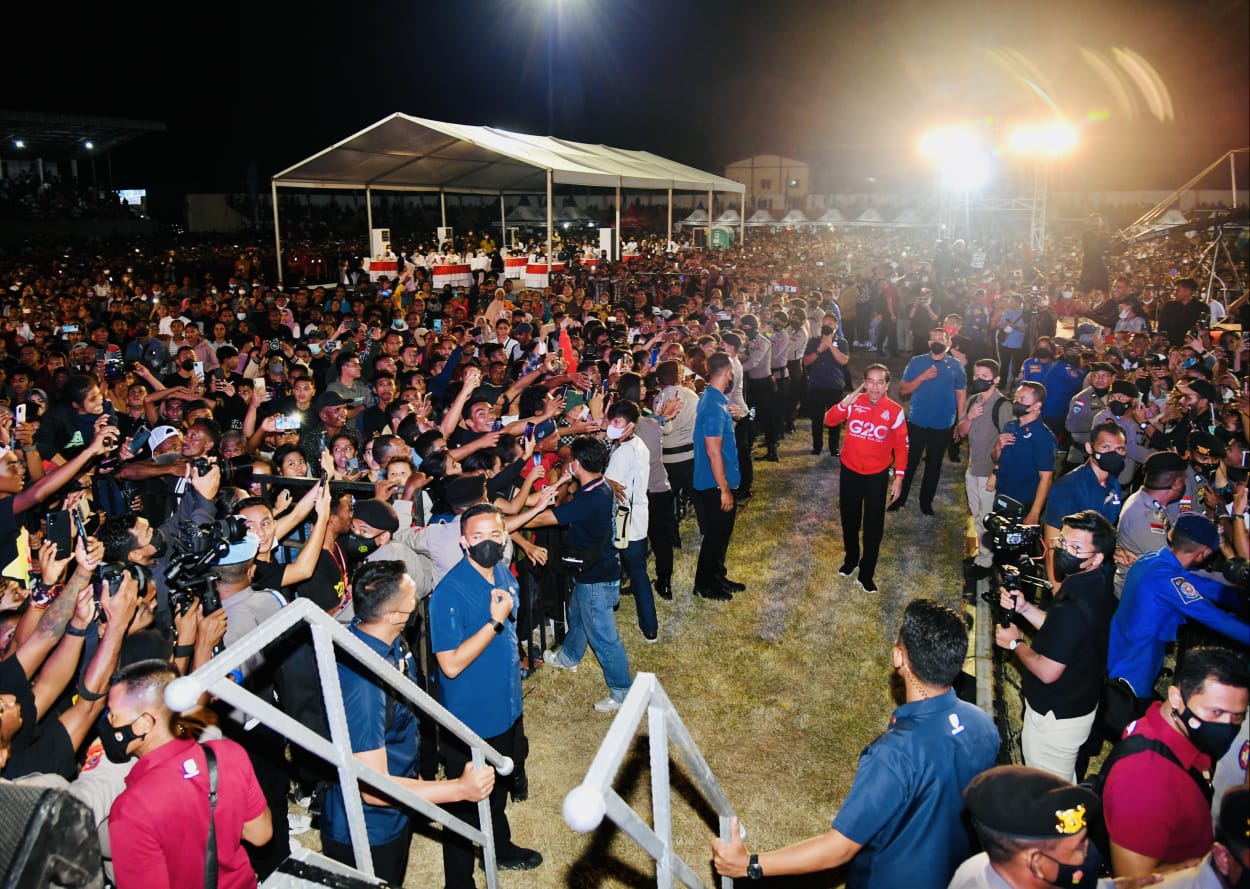 On his final night of the working visit in East Nusa Tenggara province, President Joko “Jokowi” Widodo Wednesday (06/01) spent the night with the locals by attending a concert at Marilonga Stadium of Ende.

Wearing a red jacket with the G20 logo, President Jokowi and First Lady Ibu Iriana arrived at Marilonga stadium at around 21:25 Central Indonesian Time (WITA) and greeted the locals as they walked into the stadium.

The concert presented a number of major musicians to entertain the locals, such as Slank and KLa Project group bands.

As Slank sang the last song in the concert, the President moved from his chair to the main stage to express his appreciation for their performance.

Also in the event, Katon Bagaskara, the vocalist of the next band performer of KLa Project, came down from the main stage while singing one of the songs and shook hands with President Jokowi and Ibu Iriana.

After the final performance of KLa Project, the President and the First Lady left the stadium. (BPMI Presidential Secretariat/UN) (GWH/HD)