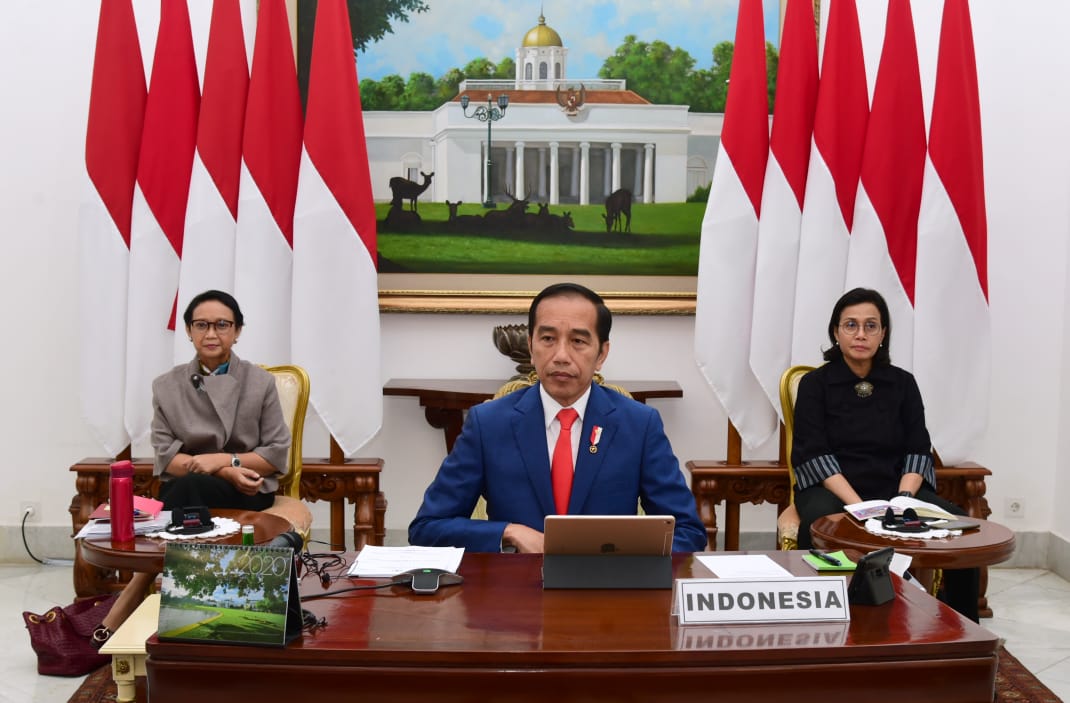 President Joko “Jokowi” Widodo joined the Extraordinary Virtual G20 Leaders’ Summit on Thursday (26/3) to discuss the efforts of G20 member countries in the handling of Covid-19.

As reported earlier, the President was scheduled to discuss not only the handling of the pandemic but also its economic and social impacts as well as its consequence on the global supply chain. (BPMI/EN)