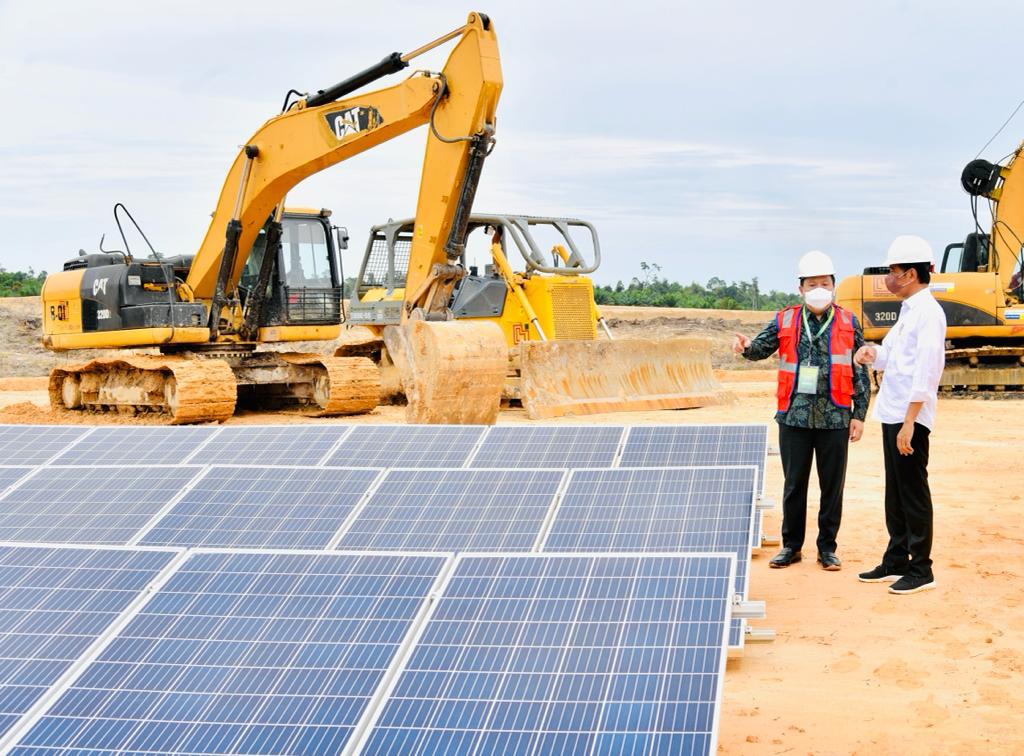 “The Government hopes this area will be the world’s largest green industrial estate, not only in North Kalimantan or in Indonesia, but in the world. It covers an area of 16,400 hectares from the target of 30,000 hectares,” the President said.

This green industrial area, he continued, is built through cooperation between a number of domestic and foreign investors such as from China and the United Arab Emirates.

“I appreciate what has been done in Tanah Kuning, Bulungan regency, North Kalimantan province. I also appreciate the initiative of the investors, the capital owners, as well as the CEOs who have come and built the industries here,” he said, adding that the development of this green industrial area is part of the efforts to transform Indonesia’s economy from a producer of raw materials to a producer of semi-finished goods and finished goods.

“This is what I often say, that we will start the transformation of Indonesia’s economy. We have been relying on natural resources for so many years, exporting raw materials. Now we will explore the downstreaming industry to industrialize our raw materials,” he said.

The Head of State went to say that almost all of the industries in this area will produce finished goods so that they can provide great added value for the country.

“This is a leapfrog. We will see the real benefits in 5-10 years from now. We will enjoy the benefit in the next 5-10 years,” he said.

For the record, the development of this industrial area is expected to create employment opportunities for approximately 100,000 workers and once it is operating, it will require more than 200,000 workers, excluding workers needed by the derivative industry from the products that are produced.

“I order ministers, governors and regents to prepare human capital in supporting this industrial area because this requires human capital with good qualifications. Do prepare it from now,” he remarked. (FID/UN) (EST/EP)