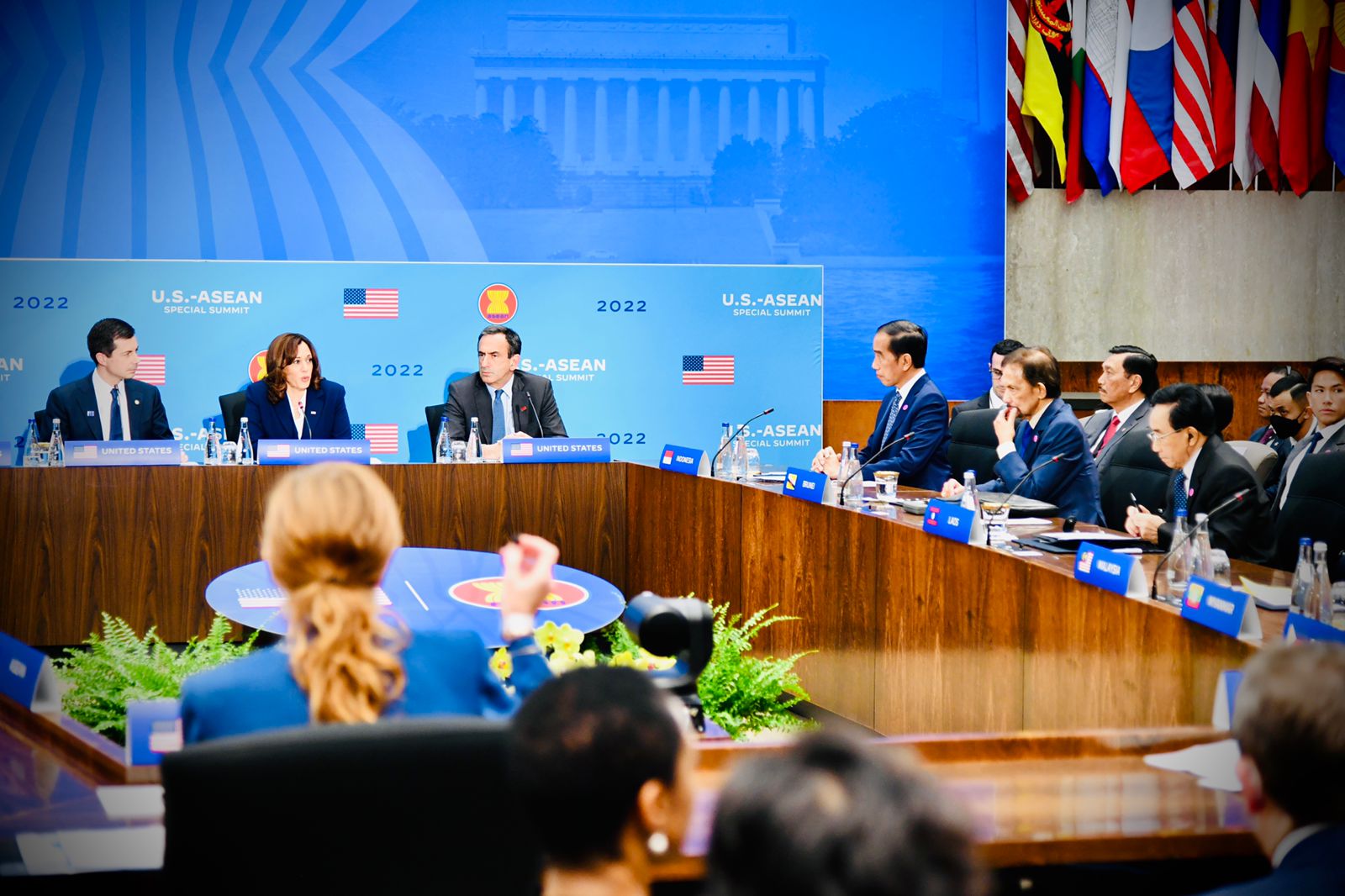 President Jokowi attends a meeting of the ASEAN leaders with Vice President of the United States Kamala Harris at the US Department of State, Washington DC, Friday (05/13). Photo by BPMI of Presidential Secretariat/Laily Rachev)

President Joko “Jokowi” Widodo underscored three important points related to climate change during a meeting of the ASEAN leaders with Vice President of the United States Kamala Harris at the US Department of State, Washington DC, Friday (05/13).

“Climate financing must be sufficient, cooperation in energy transition must be strengthened, and investment in the green economy must be increased,” the President said.

Regarding climate financing, the President encouraged other developed countries to fulfill all their commitments in achieving NDC (Nationally Determined Contributions) globally.

According to President Jokowi, in the 2000-2019 period, the ASEAN only received US$ 56 billion or about 10 percent of the total climate financing support of the developed countries.

“I have to be honest that the commitment of the developed countries to tackle the issue of climate financing is very low. That is an obstacle to achieving the global NDC,” the President said.

President Jokowi also said that the ASEAN is committed to increasing the proportion of new and renewable energy from 14 percent in 2018 to 23 percent in 2025.

“The effort requires investment and technology of at least US$ 367 billion in the clean energy sector. In Indonesia, the energy transition in the next eight years will require US$ 30 billion,” President Jokowi said.

During the meeting, President Jokowi also stated that Indonesia has great potential regarding the energy transition, namely the potential for renewable energy of around 437 gigawatts from solar, wind and geothermal energy, which currently only reaches 0.3 percent of the total potential.

“Indonesia also has great potential as a hub for the development of electric vehicle ecosystem in the region, which we will need in the next five years,” President Jokowi said.

On that occasion, President Jokowi also revealed the potential for great economic opportunities in developing green economy, stating that it is important for connecting the Government sector with the business world.

“The investment in the green infrastructure sector will become an important element of the ASEAN-US cooperation, which will require at least US$ 2 trillion in the next decade,” the President remarked. (BPMI of Presidential Secretariat/UN) (RI/MUR)