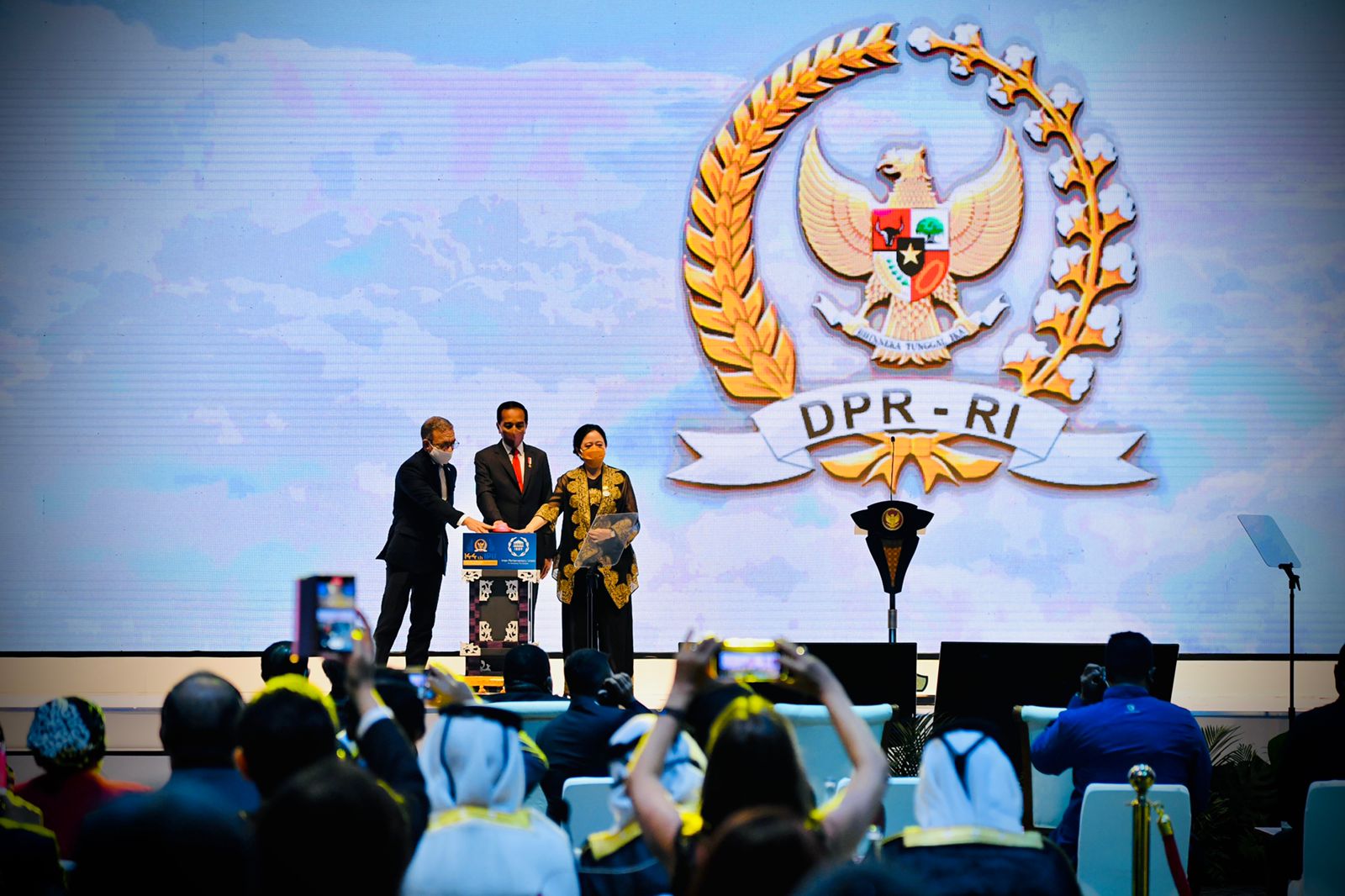 “I will highly appreciate it if all parliaments in the IPU member countries can mobilize together with the governments, so that a decision will emerge, a truly real and concrete action emerges so that it can be implemented on the ground,” President Jokowi said in his remarks at the Opening of the 144th IPU Assembly and related meetings, at the Bali International Convention Center (BICC), Badung regency, Bali province, Sunday (03/20).

The President stated that issues of climate change are often discussed and decided upon in various global meetings but actions on the ground have not yet been seen.

Furthermore, the President highlighted three matters that need to be mobilized to tackle climate change issues.

“We must address climate funding immediately. Second, investments in renewable energy. Third, related to transfer of technology. If we cannot take action, I am pessimistic that climate change can be prevented,” he said.

The President also said that Indonesia has enormous potential for renewable energy, such as hydropower, geothermal, wind, underwater currents, and solar energy. However, he added, the development of renewable energy requires large investments, the transfer of technology, and global climate funding that are really seriously supported by the international communities.

“If we only talk about it year after year and there is no mobilization, no decision, I am pessimistic that climate change can be prevented at all,” he remarked.

For the record, the IPU is an international organization for parliaments. Founded in 1889, the organization has 179 parliamentary members and 13 associate members. The IPU’s mission is to promote democratic leadership and political processes, to work with parliaments and parliamentarians to meet the needs and aspirations of the people.

The IPU Assembly is the only global forum that gathers parliamentarians from around the world to discuss and promote various international agendas of common interest. Through this forum, members of parliament who represent the interests of the communities will adopt critical resolutions related to security, democracy, social, economic, and development issues both today and in the future. (FID/UN) (FI/MUR)