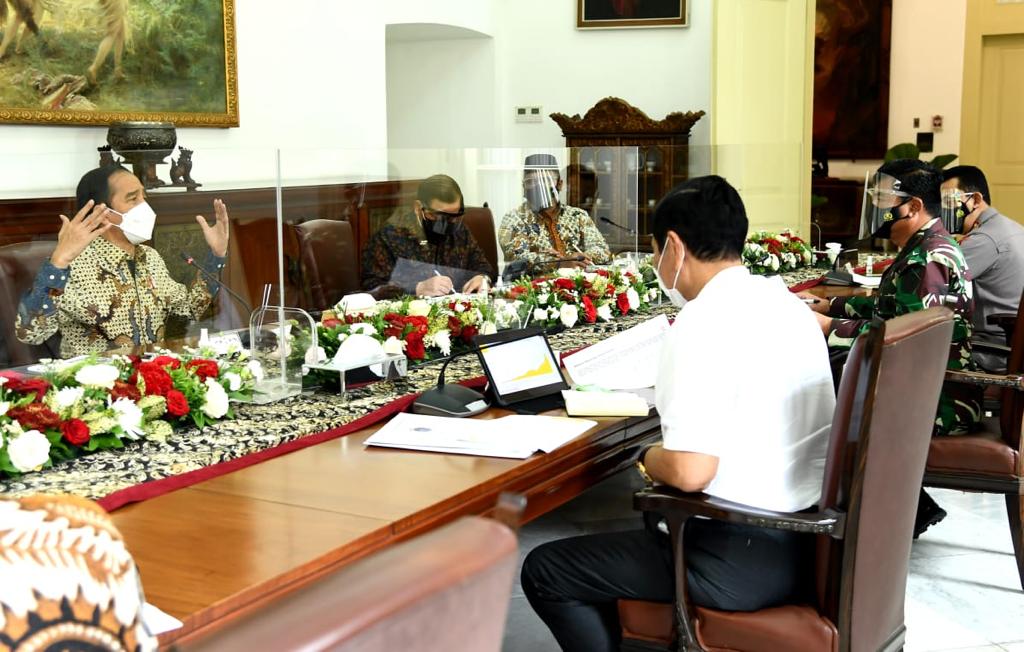 President Joko “Jokowi” Widodo ordered his administration to be firm and consistent in the implementation of restrictions on community activities (PPKM).

“The essence of PPKM is to restrict mobility, but what I see in its implementation is that we are not firm as well as inconsistent,” President Jokowi said during the limited meeting at the Bogor Presidential Palace, West Java, on Friday (29/01).

The Head of State also expressed hope that they can provide examples for the public on maintaining discipline and involve community and religious leaders in the dissemination of information on health protocols.

“I want to know the field implementation. Maybe, Minister of Religious Affairs can involve religious figures. This applies to the TNI and Polri too. Coordinating Minister needs to push for it so that it can really be implemented in the field,” he said.

In addition, the President asked related officials to involve as many experts and epidemiologists as possible. It is expected that the involvement and cooperation of experts with the Government will result in better and more comprehensive policy designs, he said. (BPMI/UN) (FI/MUR)