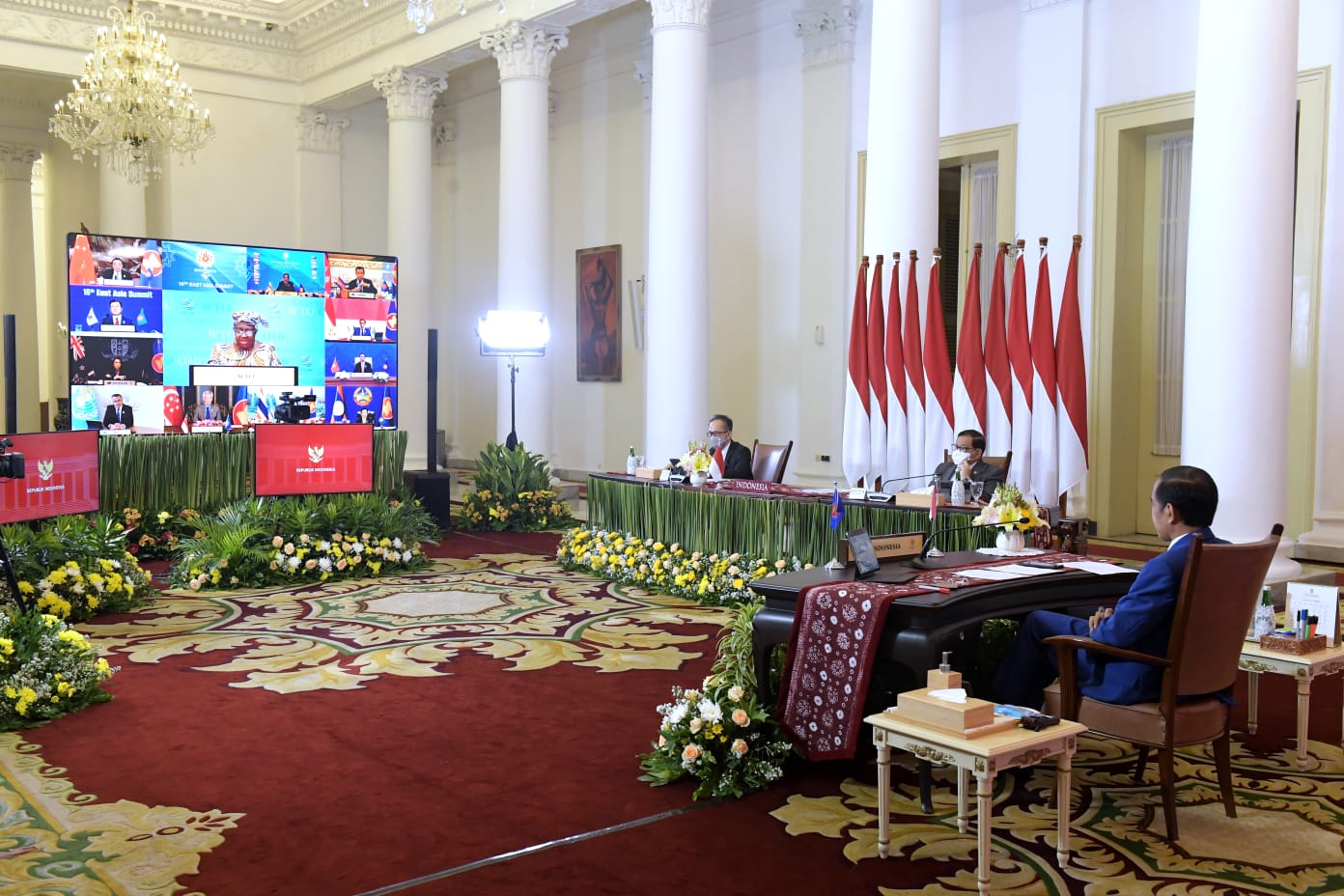 The achievements in pandemic handling through the distribution of more than seven billion doses of vaccines and the drop in new cases at the global level since August are still considered vulnerable and must be jointly-maintained, President Joko “Jokowi” Widodo has said.

The achievements are believed to speed up the global economic recovery which is predicted to grow at 5.9 percent in 2021, the President added.

Nevertheless, the President continued, during the pandemic there was a negative trajectory in the regional geopolitical dynamics as well as the rivalry between the great powers that became the biggest problems, thus making it difficult to unite and take joint action.

“No one is benefiting from the continuation of such situation and we must put an end to it immediately,” he added.

To date, there has been no concrete effort to end the problems despite the declaration of the Bali Principles ten years ago and the ASEAN Outlook on the Indo-Pacific (AOIP) as rules of the game to create friendly and mutually beneficial relations between countries, the President said.

“I am sure that all EAS Leaders believe real cooperation will build mutual trust and strengthen the interdependence between us,” the President said.

President Jokowi also underscored the importance of a commitment to respect international law including the 1982 United Nations Convention on the Law of the Sea (UNCLOS) to make the world and the region—around the South China Sea in particular—stable and prosperous.

“Let us strengthen our cooperation (and) take concrete steps. Let us shift the trust deficit into a strategic trust. Let us create a safer, more stable, and prosperous region,” he remarked. (BPMI/UN) (GWH/MUR)