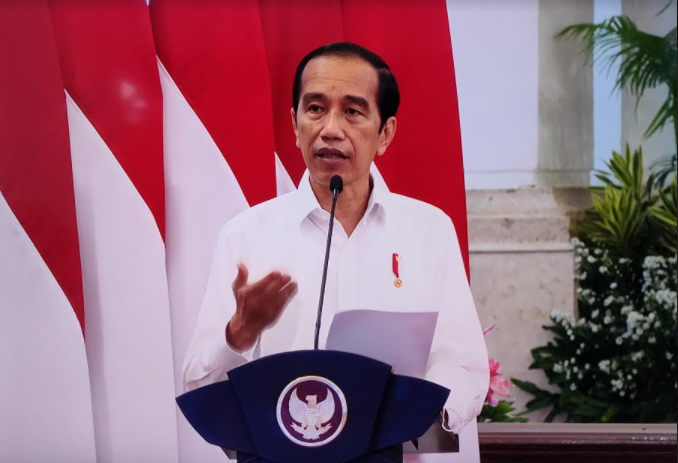 The main key in reducing disaster risk is disaster prevention and mitigation since Indonesia is one of 35 disaster-prone countries, President Joko “Jokowi” Widodo has said.

“We have to prepare ourselves with well-planned anticipation in more detail. Don’t just be  reactive when a disaster occurs in the country,” the President said during the 2021 National Coordination Meeting on Disaster Management, at the State Palace, Jakarta, Wednesday (3/3).

In his remarks, the President also highlighted several points. They are as follows:

First, the President urged his Cabinet to not only be busy making regulations, but also pay attention to the implementation on the ground, especially aspects of control and enforcement of implementation standards.

“For instance, regarding the earthquakes; earthquake resistant building standards, public facilities and social facilities. All of these things must be guarded in the implementation, followed by a building resilience audit so that they can comply with the standard. Therefore, if a disaster occurs again in that location, in that area, in that province, the number of victims can be minimized,” he explained.

The Head of State also called for immediate corrections and reinforcement if any discrepancies were found on the ground with existing standards.

Second, the President emphasized that policies to reduce disaster risk must be integrated from upstream to downstream. There should be neither sectoral egos nor regional egos.

“All of us should be complementary. We should back up each other. Nobody should feel that this is not their job, my business. Stay alert, this is a disaster. It’s different from normal things,” the President stressed.

Third, the President reminded relevant ranks the importance of emergency response management and the ability to carry out rehabilitation and reconstruction quickly.

“The speed regarding rehabilitation and reconstruction will be seen by the community. Do not let everything we said and promised to be realized in more than a year,” he said.

The Head of State also reminded that the early warning system must function properly and should be checked, so that it can work quickly and accurately. The response to these early warnings must also be swift.

“All contingency plans and operational plans during emergency response must be implemented quickly. And once again, speed is the key to saving and reducing casualties,” he added.

On that occasion, the President also instructed his ranks to constantly improve education and literacy efforts for the community related to disasters, starting from the family.

“Do perform routine disaster simulations in disaster-prone areas, so that residents are better prepared to face any disasters,” the President said at the end of his remarks. (FID/AIT/UN) (RIF/LW)