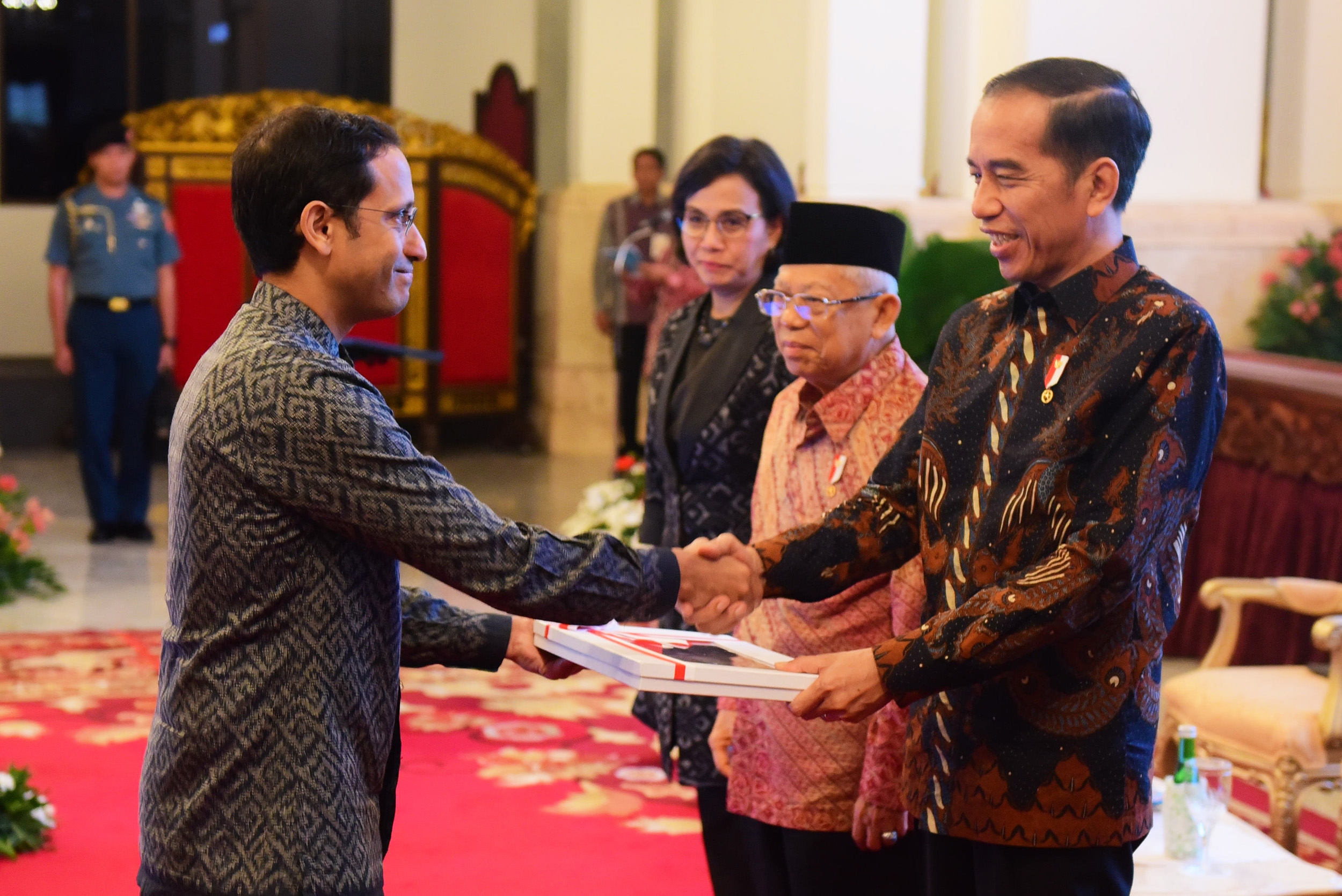 President Jokowi accompanies by VP Ma’ruf Amin and Minister of Finance Sri Mulyani handover the 2020 DIPA to Minister of Education and Culture Nadiem Makarim, at the State Palace, Jakarta, Thursday (14/11). (Photo by: Rahmat/PR).

In a bid to accomplish national goals, President Joko ‘Jokowi’ Widodo has urged his Government to eliminate the so-called ‘sectoral ego’.

“This is a teamwork, not individual work. Great works to help us achieve our national goals,” President Jokowi said during the handover the Budget Implementation List (DIPA), Regional Transfer Funds and Village Funds to ministries/institutions and regional governments at the State Palace, Jakarta, Thursday (14/11).

In his first term, President Jokowi continued, the Government completed the construction of the Trans Java toll road and expressed hopes that by 2024 the constructions of Trans Sumatra, Trans Kalimantan, and Trans Sulawesi toll roads will also be completed to ease people mobility and logistics distribution.

“It will become our strong foundation in competing with other countries,” the President said, adding that the connected infrastructure facilitates the people to reach far, remote areas.

Citing examples on the new tourism areas, President Jokowi said that synergy among institutions is needed to complete the projects.

“That way, the construction will be completed and trigger economic growth in the area,” he added.

On human capital development, President Jokowi urged his Government to provide trainings that can bring concrete impacts. “I want improvement in the skills of our human capital,” he said. (HIM/RAH/ES)