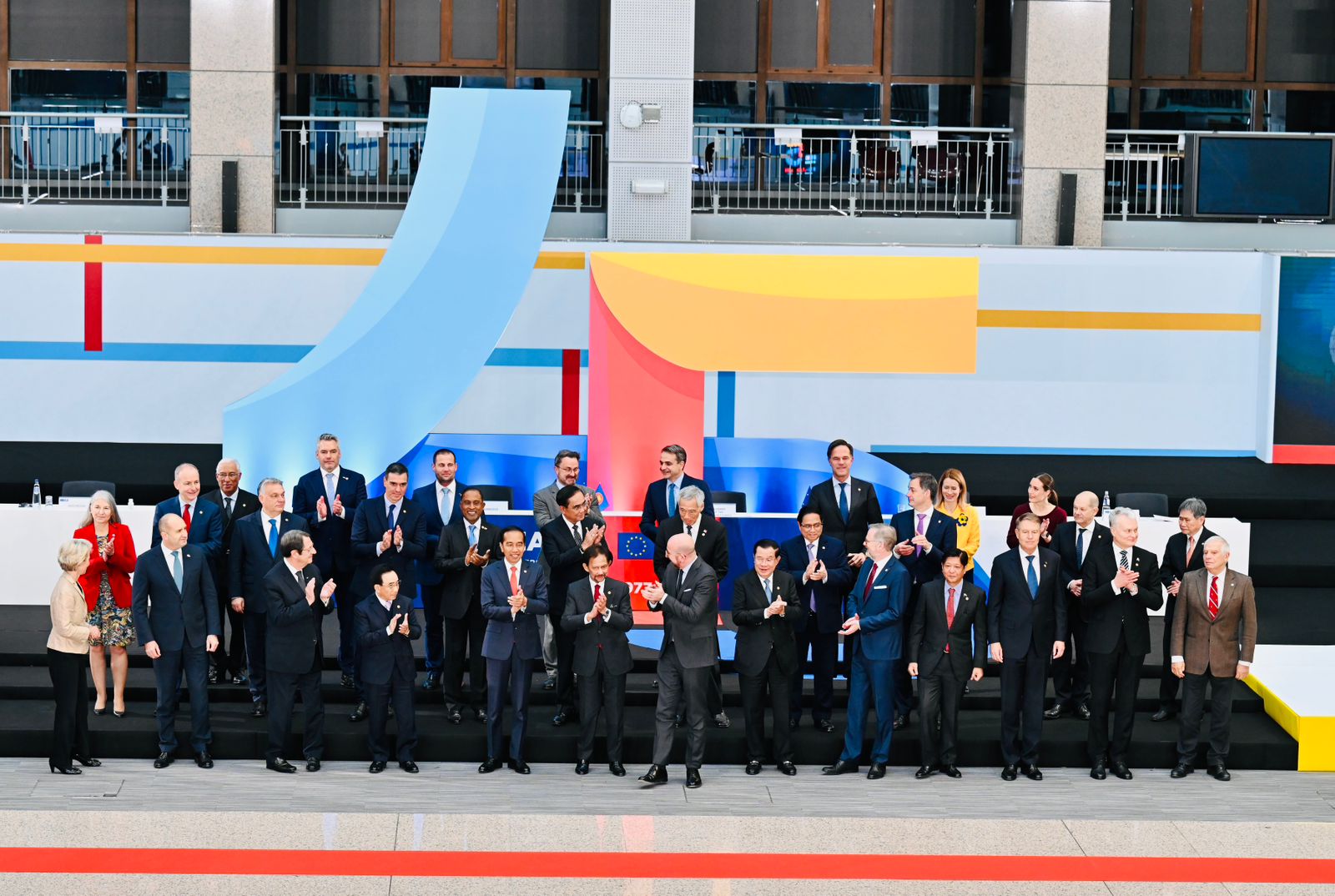 President Jokowi on the opening of the 45th Anniversary of the ASEAN-EU Summit in Brussels, Belgium, Wednesday (12/14). (Photo by: BPMI Presidential Secretariat/Laily Rachev)

President Joko “Jokowi” Widodo Wednesday (12/14) called for the equality as principle of ASEAN and the European Union partnership.

“If we want to build a good partnership, the partnership must be based on equality, no coercion. There should not be any dictating parties who believe that their standard is better than others,” President Jokowi said in his remarks at the opening of the 45th Anniversary of the ASEAN-EU Summit in Brussels, Belgium.

According to President Jokowi, Southeast Asia has become an economic powerhouse for the last few decades and he predicts Southeast Asia will remain a center of growth. “Thus, the partnership with ASEAN will certainly be profitable,” he added.

Citing the survey report on business perceptions in ASEAN from the EU-ASEAN Business Council (EU-ABC) issued in September this year, the President stated that 63 percent of respondents consider ASEAN as the region with the best economic opportunities.

“We have learned important lessons from pandemic and multidimensional crises that we are facing now that growing and prospering together is the only option. We must move forward not only together but also in equal manner,” he concluded. (BPMI Presidential Secretariat/AIT) (GWH/LW)