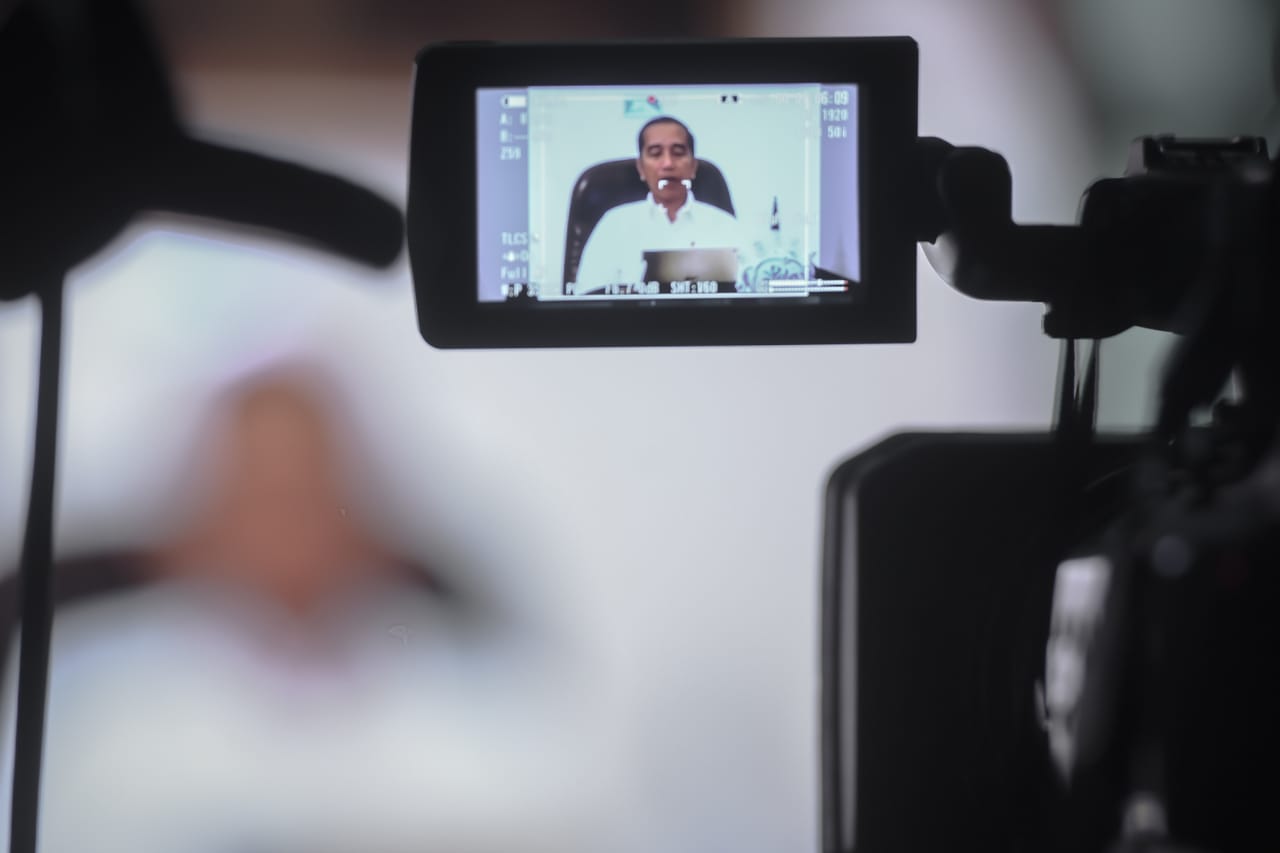 President Jokowi gives an introduction in an online limited meeting on Adjustment of Gas for Industries and Non-Subsidized Fuel Prices, Wednesday (3/18). (Photo by: Agung/PR).

President Joko “Jokowi” Widodo has called for periodic evaluation and monitoring to industries which have received incentives on gas prices.

“For industries which fail to meet good performance and set targets, disincentives or sanctions will be imposed,” the President said in his introduction in an online limited meeting on the Adjustment of Gas for Industries and Non-Subsidized Fuel Prices, Wednesday (18/3).

Regarding gas price for industries, according to the President, the issue has already been discussed on 6 January resulting three options to be weighed.

For this reason, the President has also called for a thorough calculation and evaluation to industries that receive gas prices reduction.

“Incentives given to industries to reduce gas prices are expected to have a significant impact and provide added value on the economy,” he said.

The President also expressed hope that industries can increase their production capacity and boost their investment.