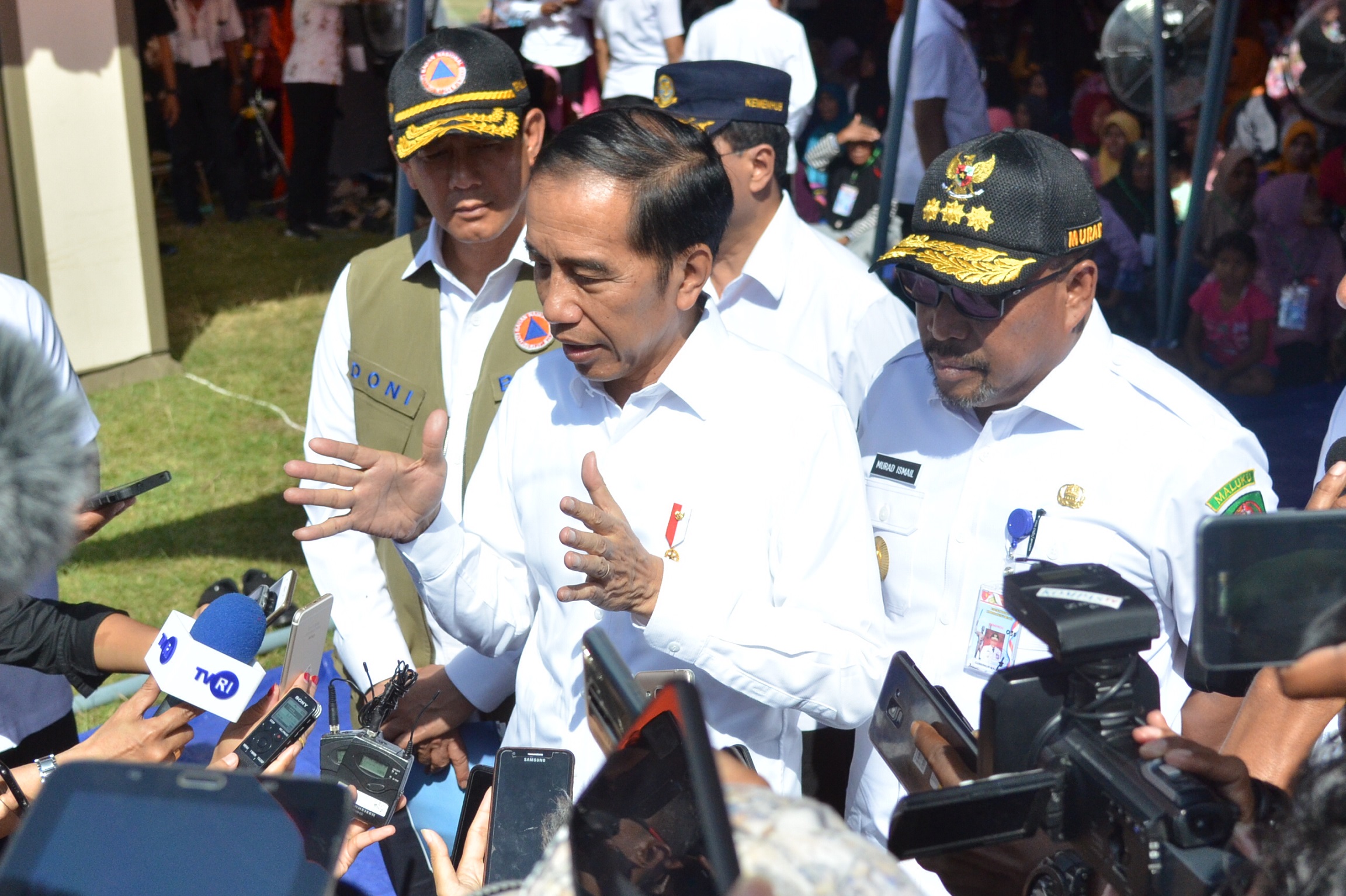 President Joko “Jokowi” Widodo has urged Maluku provincial government to immediately rebuild houses and buildings damaged in the 6.5-magnitude earthquake that rattled the island of Ambon in the province in September.

During his working visit to the eastern province, the President received a complete report from the Governor and Head of the National Disaster Management Agency (BNPB) on the number of damaged houses and public facilities.

“Approximately 12,300 houses were severely damaged, moderately damaged and slightly damaged and all have been identified,” President Jokowi told reporters after meeting with the quake victims on Tuesday (29/10).

The President also asked the people to collectively rebuild their houses because the construction system will be self-managed just like what have been done by the quake victims in West Nusa Tenggara (NTB) province.

In the meantime, the design will be handled by Ministry of Public Works and Public Housing, President Jokowi added. In terms of funds, President Jokowi assured it will be disbursed immediately although the process might take time.

As many as 19 people died and 126 people were injured in the quake, which occurred on Thursday morning (26/9). The quake hit the island of Ambon, where the provincial capital Ambon is located.

Situated in the Pacific Ring of Fire, much of Indonesia is prone to natural disasters, including earthquake. (FID / DNS / ES)