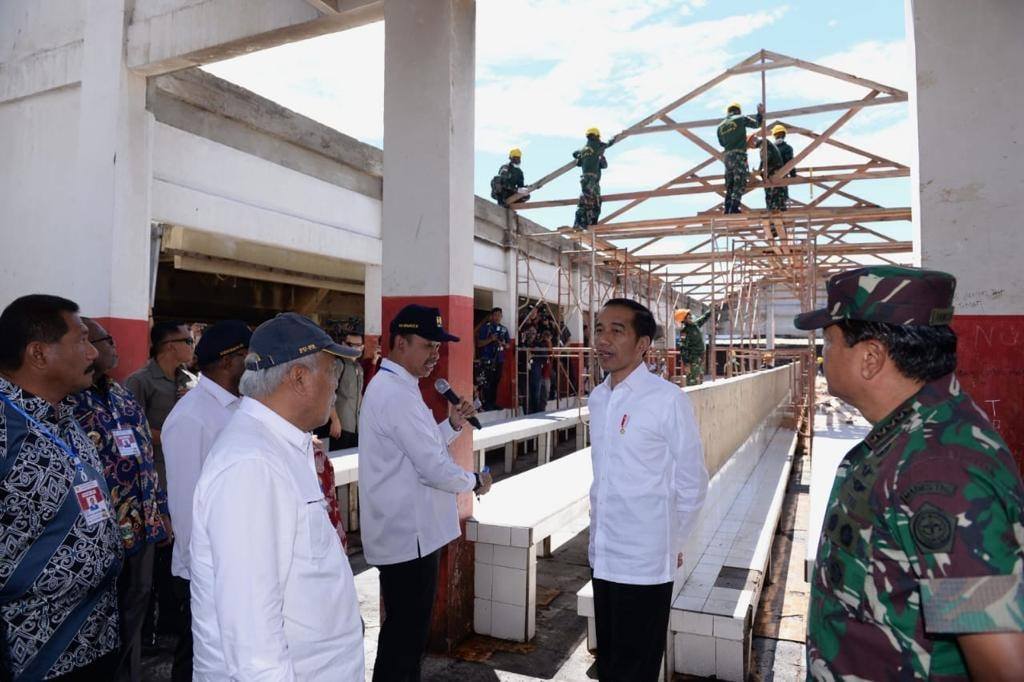 As part of his working visit to the eastern Indonesian province of Papua, President Joko “Jokowi” Widodo on Monday (28/10) visited Wouma traditional market, the largest traditional market in riot-stricken Wamena.

“The locals sell their produce such as vegetables and fruits here in the market,” wrote the President on his Facebook fan page uploaded a while ago.

For this reason, the President has ordered his Cabinet to made the revamp a priority. “I want Wouma traditional market to be immediately revamped within two weeks so that the economy in Wamena can be restored,” said the President.

President Jokowi has also ordered his administration to rehabilitate damaged houses and shops in Wamena, the capital town of Jayawijaya Regency in Papua province and the largest town in Papua’s highlands, the Baliem Valley.

The rehabilitation, continued President Jokowi, will be carried out in a self-managed manner in collaboration with the Army’s engineering directorate (Zeni TNI AD) and state-owned enterprises.

In the meantime, the revamp of Jayawijaya Regent office will be carried out by Ministry of Public Works and Public Housing, the President added.

For the record, Wouma traditional market was the worst-affected area following riots that erupted in the region on 23 September this year.

“All of us want condition in Papua to return to normal. There must be a silver lining from the incident some time ago. Now, let us unite to build the Land of Papua,” said the President. (ES)