President Jokowi Calls for Political Education Ahead of 2024 Simultaneous Elections 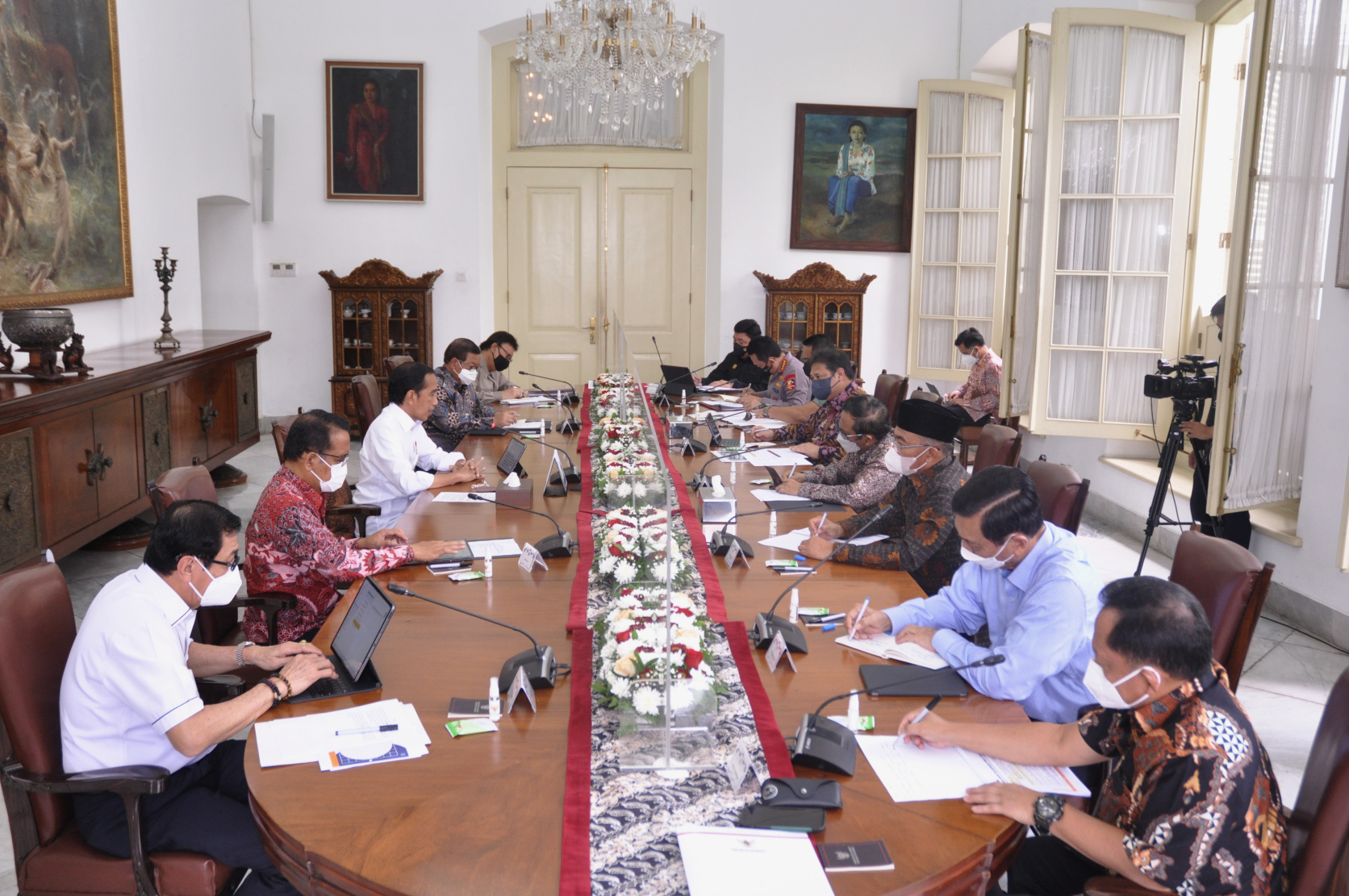 President Jokowi, Sunday (04/10), chairs a limited meeting on the preparation of the 2024 simultaneous general and regional elections at the Bogor Presidential Palace, West Java province. (Photo by: Public Relations/Oji)

President Joko “Jokowi” Widodo called on his administration to conduct massive political education for the public and political contestants ahead of the 2024 simultaneous general and regional elections.

“I also call for education, massive political education for the public, for the contestants not to make up inappropriate political issues, especially on identity politics centered on ethnicity, religion, race, and inter-group relations issues. We have bad experiences during the previous elections. We hope this will not happen in 2024,” the President stated during a limited meeting on the Preparation of the 2024 Simultaneous General and Regional Elections at the Bogor Presidential Palace, West Java province, Monday (04/10).

On the occasion, the President also ordered that the fund allocated for the preparation of the elections can be immediately decided, both sourced from the State Budget and Regional Budget. Based on reports received by the President, the elections budget is estimated at Rp110.4 trillion.

In addition, President Jokowi also gave directives on the selection of regional heads to fill the vacant positions as 7 governors, 76 regents, and 18 mayors will end their terms of office in 2022.