President Jokowi Calls for Road Map for Optimizing Coal Use 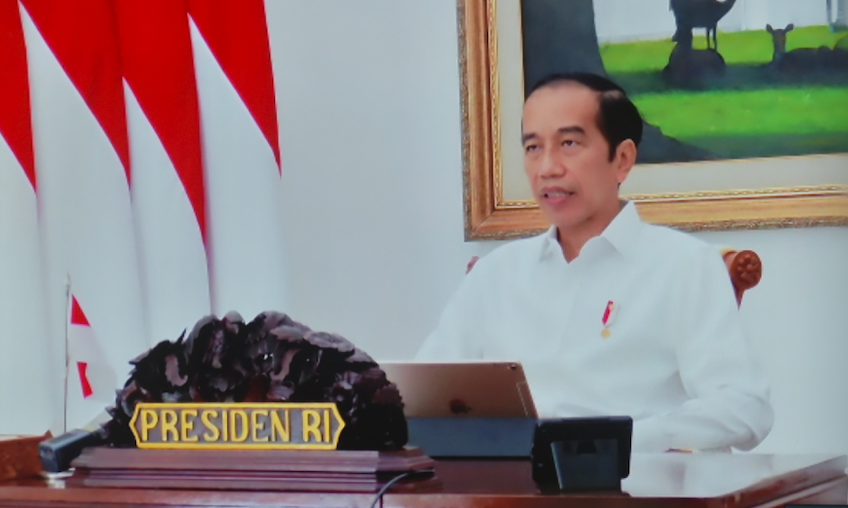 President Joko “Jokowi” Widodo has called on his Cabinet to speed up the finalization of the road map aimed at increasing added values of domestic coal through environmentally friendly technology.

According to the President, Indonesia must shift from an exporting country into an industrial country capable of processing raw materials into semi-finished and finished goods.

“I think this is a big strategy and we must be consistent in implementing it,” the President said Friday (23/10).

“I am confident that by developing this derivative industry, we will be able to increase the added values of commodities many times over, reduce imports of raw materials needed by several domestic industries, such as the steel industry (and) the petrochemical industry, and most importantly, create as many jobs as possible,” he said.

In the road map, the downstream product strategy and the target must be determined, including on how much will be converted into gas and petrochemical products, he said.

“(We have to) map areas that can be developed to carry out the downstreaming of coal industry anywhere so it can become clear what our big strategy will look like in the future. We also have to ensure areas that have sufficient reserves of coal resources can meet the supply of coal needs in this downstream process,” he said.

According to the President, there are several priorities that can be done to increase the value of this coal, one of which through a coal to dimethyl ether (DME) gasification program.

“Coal gasification into syngas is needed by petrochemical industry and dimethyl ether which is crucial as a substitute for liquefied petroleum gas (LPG). We are aware that our LPGs are still imported, so (gasification) can reduce our LPG imports,” he said.

The President further said that the development of the derivative industry is still hampered by technological and economic factors, adding that the problem could be resolved if state-owned companies join hands or have partners to help with this development.

“I want solutions to solve the sluggish development of this coal derivative industry since we have been exporting this raw coal for a long time. I think it must end immediately,” he said. (DND / UN)