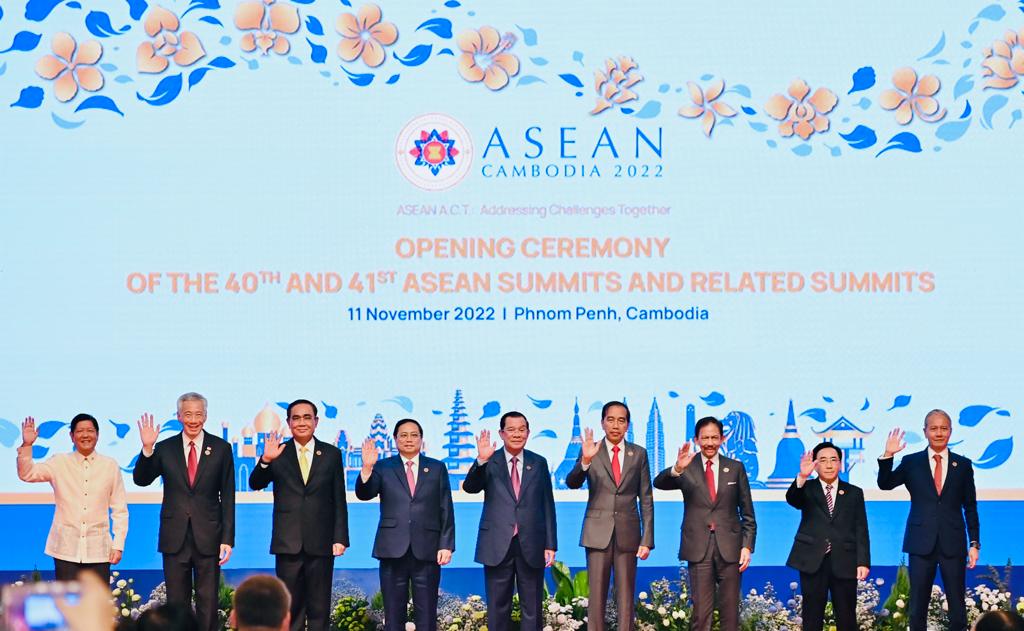 President Joko “Jokowi” Widodo Thursday (11/10) called for the governments and parliaments of ASEAN countries to synergize in dealing with global condition that gets worse and geopolitical situation in the region.

“If ASEAN fails to be a solution, its credibility and relevance will continue to be questioned. The government and parliament must work hand-in-hand to strengthen the unity and centrality of ASEAN,” President Jokowi said in his remarks at the meeting with ASEAN leaders and representatives of the ASEAN Inter-Parliament Assembly (AIPAA) at Phnom Penh, Cambodia.

ASEAN, according to the President, is no stranger to crises for there is a political crisis in Myanmar which closely related to democracy and the humanitarian situation. “ASEAN’s role in solving it is awaited by our people and the world,” he added.

President Jokowi also raised the issue of regional geopolitical dynamics in the event and expected ASEAN to navigate the increasingly sharp rivalry of great powers outside the region.

“We do not want to see war in the region, war will distance us from our ideals of the Indo-Pacific as the epicenter of growth,” the President said.

As Chair of ASEAN 2023, President Jokowi continued, Indonesia is set to contribute to build a stronger ASEAN, be capable of facing increasingly complex future challenges, and be able to protect the region from external shocks, and be able to maintain ASEAN independence amid of great power rivalry.

“I expect the support of the ASEAN parliaments for the chairmanship of Indonesia. Together, we will prove to our people and the world that ASEAN remains relevant,” President Jokowi remarked. (BPMI Presidential Secretariat/UN) (GWH/LW)