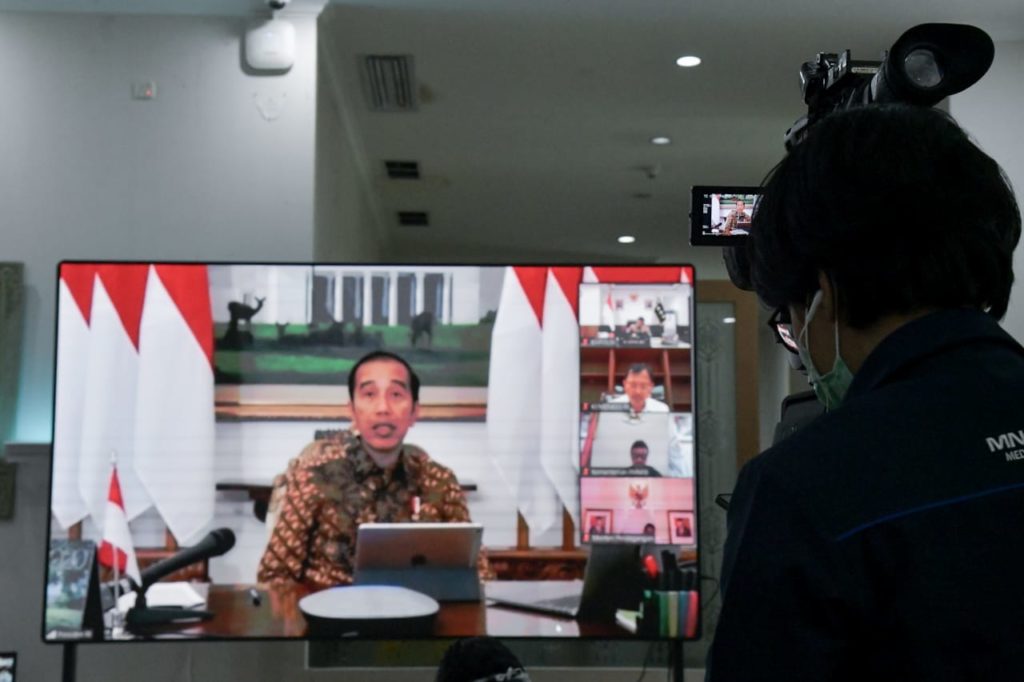 President Joko “Jokowi” Widodo has instructed his Cabinet to speed up the provision of personal protective equipment (PPE) and to use local PPE instead of imported ones.

“Based on data, Indonesia has as twenty eight PPE manufacturers,” President Jokowi said during a video conference limited meeting at the Bogor Palace, West Java province (30/3).

The Government, the President added, is also committed to protecting health professionals and to maintaining medical equipment supply.

“The Government must ensure that all doctors, nurses, and health professionals can work safely with adequate health equipment. On 23 March, the Central Government distributed 165,000 PPE to all provinces,” he said .

President Jokowi also ordered his Cabinet to stock up health equipment supply regularly to all hospitals throughout the country.

“Do provide incentives for imported raw materials to produce PPE,” President said, while also ordering his Cabinet to speed up the development of mass-produced ventilators by local companies.

It is reported that Indonesia needs approximately 3 million PPE until the end of May. (TGH/EN).