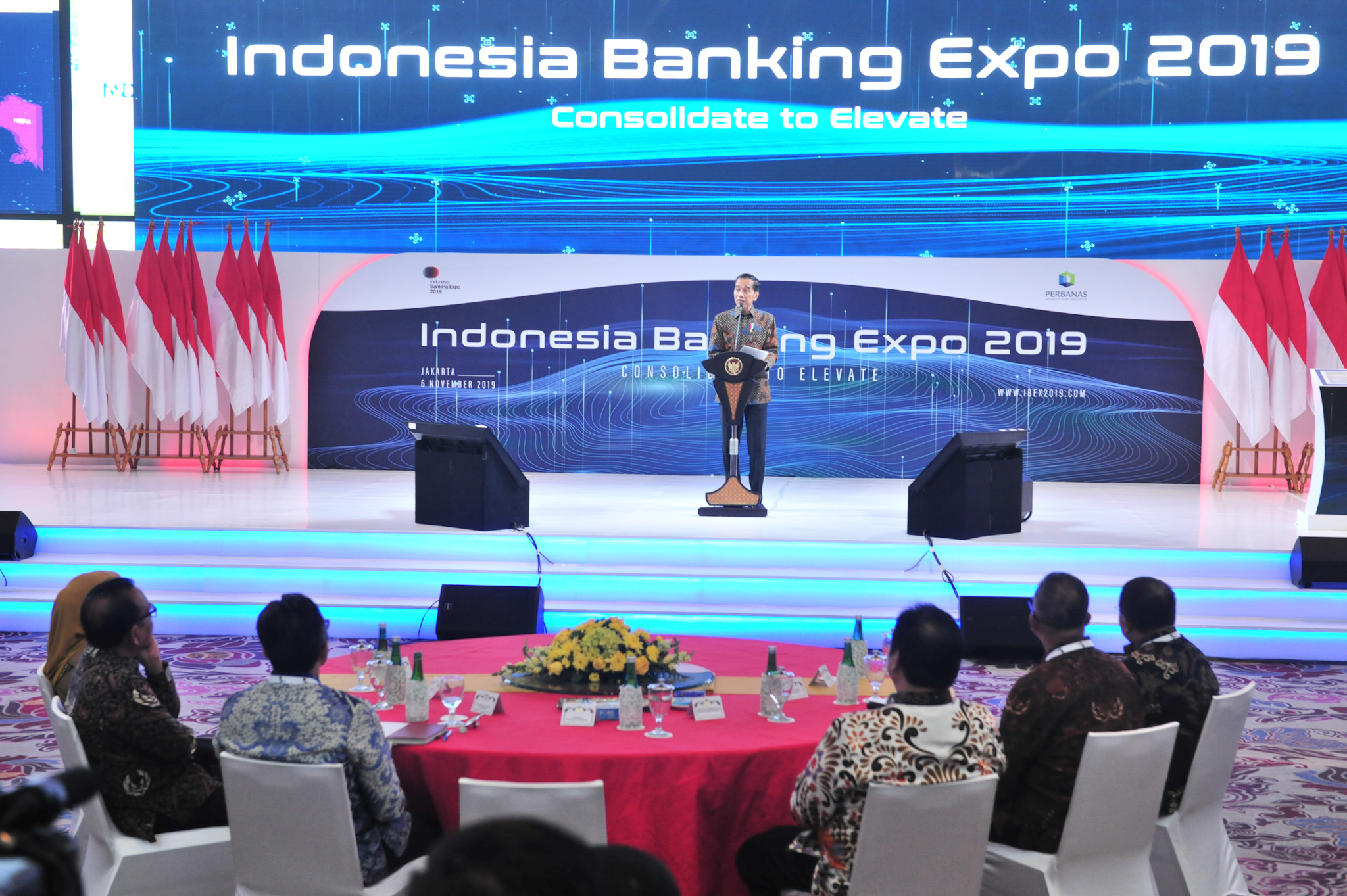 “We must give priority to MSEs to reduce economic gap and to boost economic growth,” President Jokowi said at the Opening of the 2019 Indonesia Banking Expo in Jakarta, Wednesday (6/11).

In addition, in line with the effort to boost financial inclusion, the President also urged banks to contribute more to raise entrepreneurs’ class, from micro to small businesses, from small to medium businesses, from medium to large business, and from local to global.

For this matter, President Jokowi called on banks to not only finance the large businesses.

“Even though it is more profitable to finance large businesses, I also ask you to assist the small ones,” the President said.

The Head of State also urged the banking community to open more offices in remote areas, such as in Wamena in the eastern province of Papua.

“Do not reluctant to assist the SMEs since their number is actually very significant,” said the President.

“Based on data, today we have around 60 million SMEs throughout the country. Thus, I urge banks to assist them, the ones in the villages and remote areas. This is a very good opportunity,” the President stated.

Nevertheless, the President acknowledged that financing the already-large businesses is more profitable with much lower cost. However, banks should start to assist the SMEs as well for the sake of the economy and the future of the country, he added.

President Jokowi also called on  banks to consider reducing lending rates, adding that the reference rate of central bank Bank of Indonesia (BI) has dropped but the banks’ rate is still on the higher side.

He also urged banks and insurance companies in Indonesia to collaborate with each other to face the increasingly fierce global competition, particularly in the digitalization era. “Do strengthen the payment system and the digitalizing system. Banks and non-banks must collaborate,” said President Jokowi.

On that occasion, the President also invited banking sectors and the Financial Services Authority (OJK) as the regulator to design policies to strengthen incentive and disincentive.

“For example if a bank plans to open a branch in Wamena in Papua, what incentives can the OJK provide?,” he said.

President Jokowi expressed belief that by strengthening the policy of incentives and disincentives along with the support of the OJK, Bank of Indonesia, and the whole banks, the Government targets can achieved faster. (FID/JAY/ES)