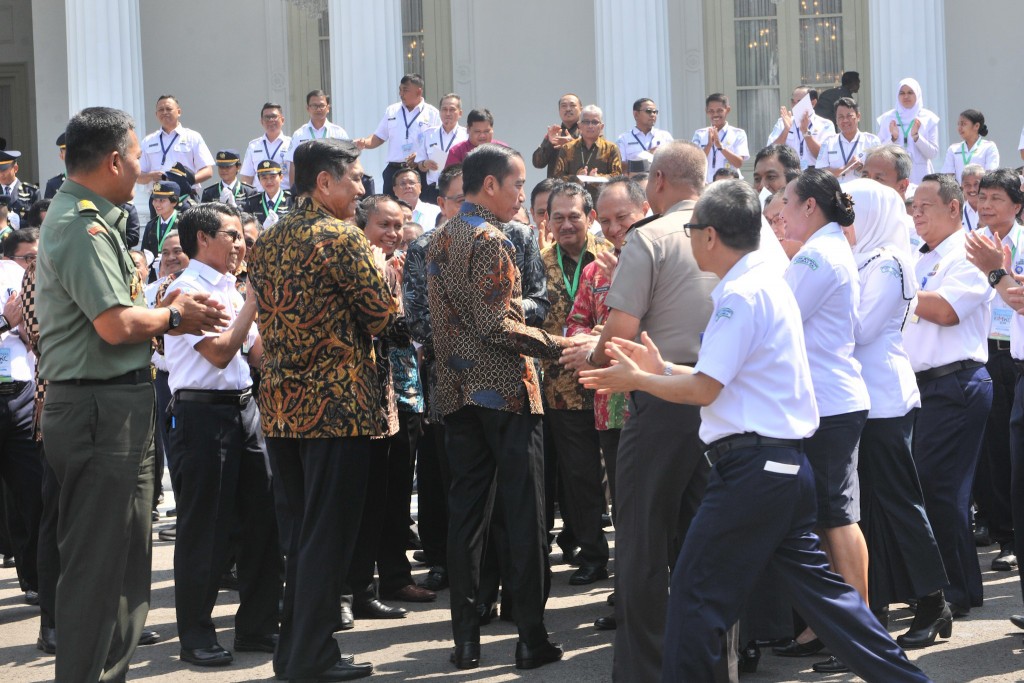 In a bid to minimize disaster risks in the country, policies implemented by the Central Government and the regional governments must be in harmony, President Jokowi has said.

“Measures to minimize disaster risks can be done by, among others, implementing an early warning system in every disaster-prone area,” the President said in his remarks at the Opening of the Meteorology, Climatology, and Geophysics Agency (BMKG) National Coordination Meeting at the State Palace, Jakarta, Tuesday (23/7).

On that occasion, President Jokowi urged the BMKG to boost collaboration with regional governments. “The BMKG should coordinate with them in terms of measures to raise disaster awareness,” he said.

The President went on to say that the collaboration also aims to ensure that the Government will not build infrastructure in disaster-prone areas. “The warning must be strictly stated so we won’t make any mistake,” he added.