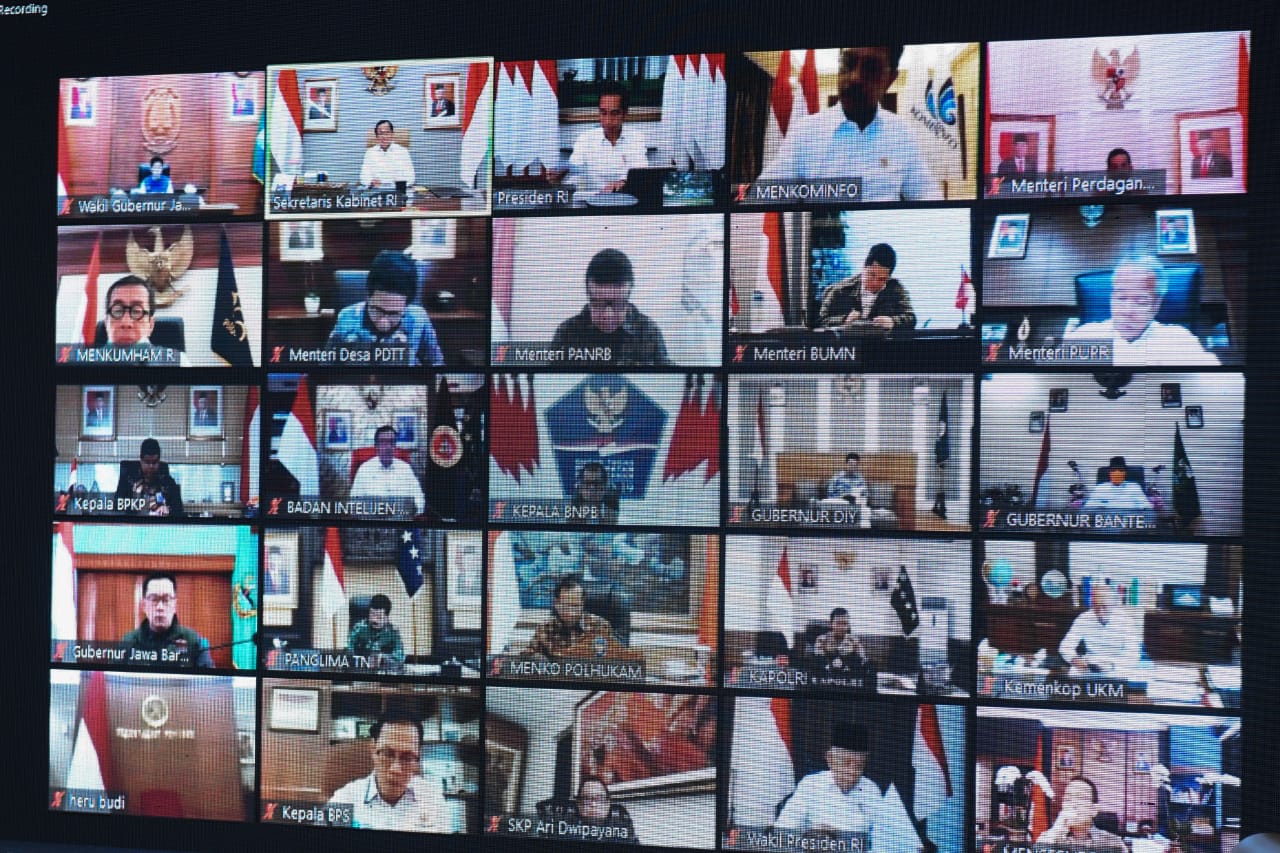 A number of Ministers join a limited meeting through video conference from the Bogor Presidential Palace, West Java province, Thursday (2/4). (Photo by: Rahmat/PR).

As part of the efforts to prevent the spread of COVID-19 pandemic, President Joko “Jokowi” Widodo has called for participation from both neighborhood units (RT) leaders and community units (RW) leaders to monitor the people returning from Greater Jakarta with ODP (people under surveillance) status to carry out self-isolation in their hometowns.

“I’ve learned that supervision and control at the regional levels, particularly at the sub-district and village levels have been put in place,” the President said in his introductory remarks in a limited meeting through video conference from the Bogor Presidential Palace, West Java province, Thursday (2/4).

The President added that social protection assistance and economic stimulus will also help run the economy, particularly in capital Jakarta.

“Other measures include imposition of large-scale social restrictions and the campaign to keep practicing physical distancing,” he added.

Those measures, according to the President, are in accordance with the World Health Organization health protocol in the fight against the disease. (TGH/EN)