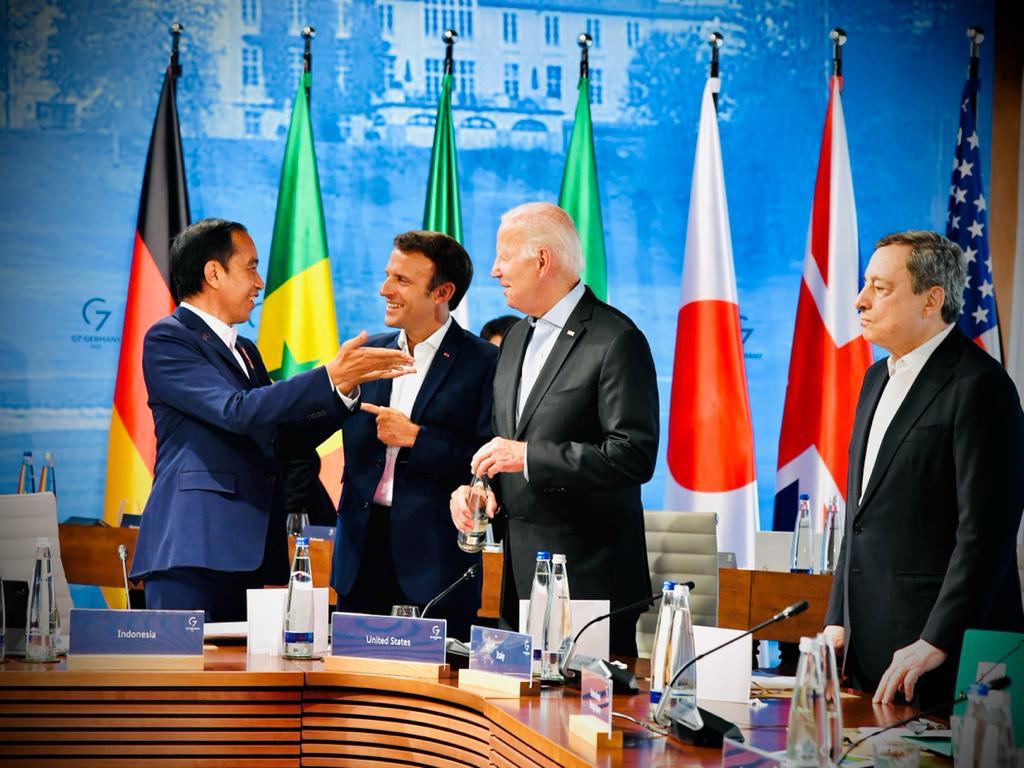 President Joko “Jokowi” Widodo Monday (06/27) called on G7 member countries to take the opportunity to invest in Indonesia’s clean energy sector including the development of electric vehicles (EV) ecosystem and the manufacture of lithium battery.

President Jokowi further said that Indonesia has a huge potential as contributor in clean energy, adding that, it needs huge amount of investment and low-carbon technology to support the country’s transition to rapid and effective clean energy.

“Indonesia needs approximately US$25-30 billion for energy transition in the next eight years. The transition can be optimized as economic growth’s driver, a business opportunity, a job opportunity,” he said.

Furthermore, President Jokowi said that climate change has real impacts that affect health and poses difficulties for fishermen and farmers in developing countries including Indonesia.

“Support from all G7 member countries during the Indonesian G20 Presidency is what we really expect. We are looking forward to seeing you in Bali. Thank you,” he remarked. (BPMI of Presidential Secretariat/UN) (AP/MMB)