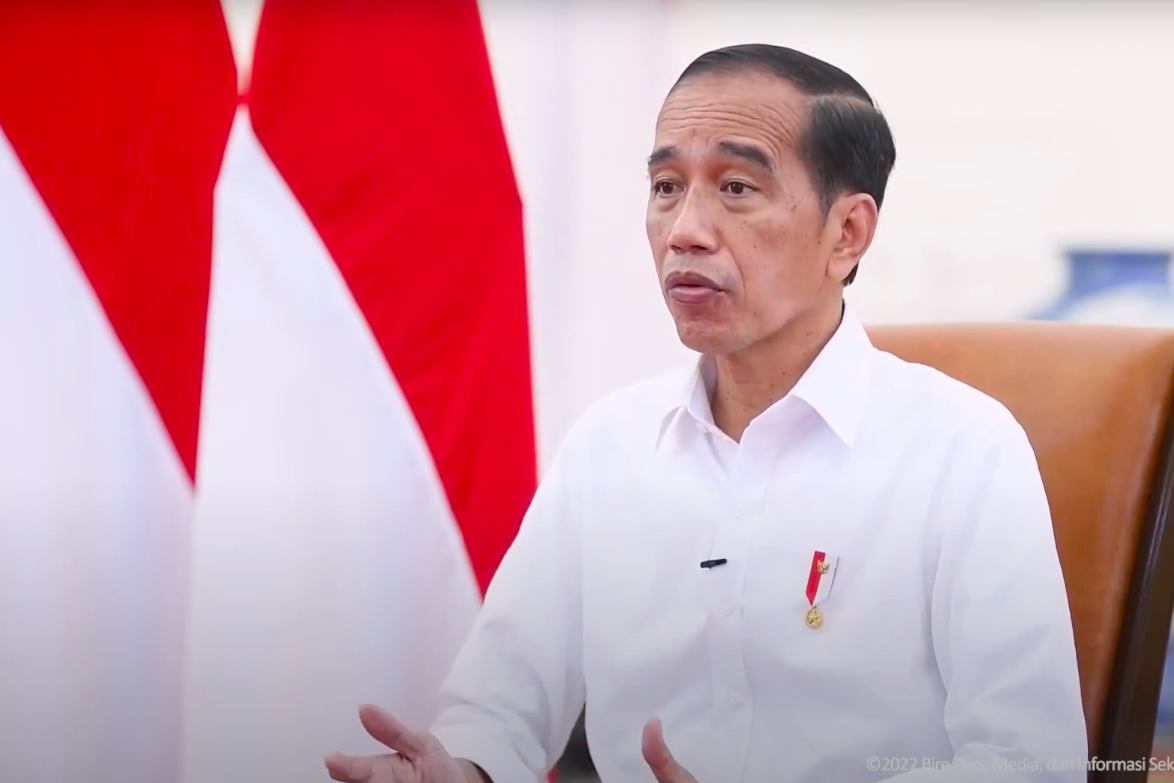 “The volume of raw material for cooking oil that we produce and export is much greater than the domestic needs. There is still a very large capacity remaining. If we have the intention to prioritize the people’s needs, domestic needs can easily be met,” the President said.

The President found the difficulty of the people to obtain cooking oil to be ironic considering that Indonesia is the world’s largest palm oil producer. He also demanded that palm oil business players look at the problem with clearer eyes.

“As the President, I cannot allow this to continuously happen. It has been four months of scarcity and the Government has tried various policies but they have not been effective. Therefore, the Government decided to ban the export of raw materials for cooking oil and cooking oil to foreign countries. The ban applies to export from all parts of Indonesia, including that from bonded zones,” he said.

President Jokowi underscored that the Government set its highest priority on meeting the basic needs of the people when making decisions, including this policy.

“The ban does have negative impacts. It has the potential to lessen production. Farmer’s harvest may not be absorbed. However, the purpose of the policy is to increase domestic supply until supply is abundant,” he said.

The Government, he underlined, will evaluate the policy when the needs of the people are met. “Once domestic needs have been met, I will lift the export ban. Because I know the country needs taxes, the country needs foreign exchange, the country needs a trade balance surplus. But meeting the people’s basic needs is of greater importance,” he remarked.  (FID/UN)(FI/LW)