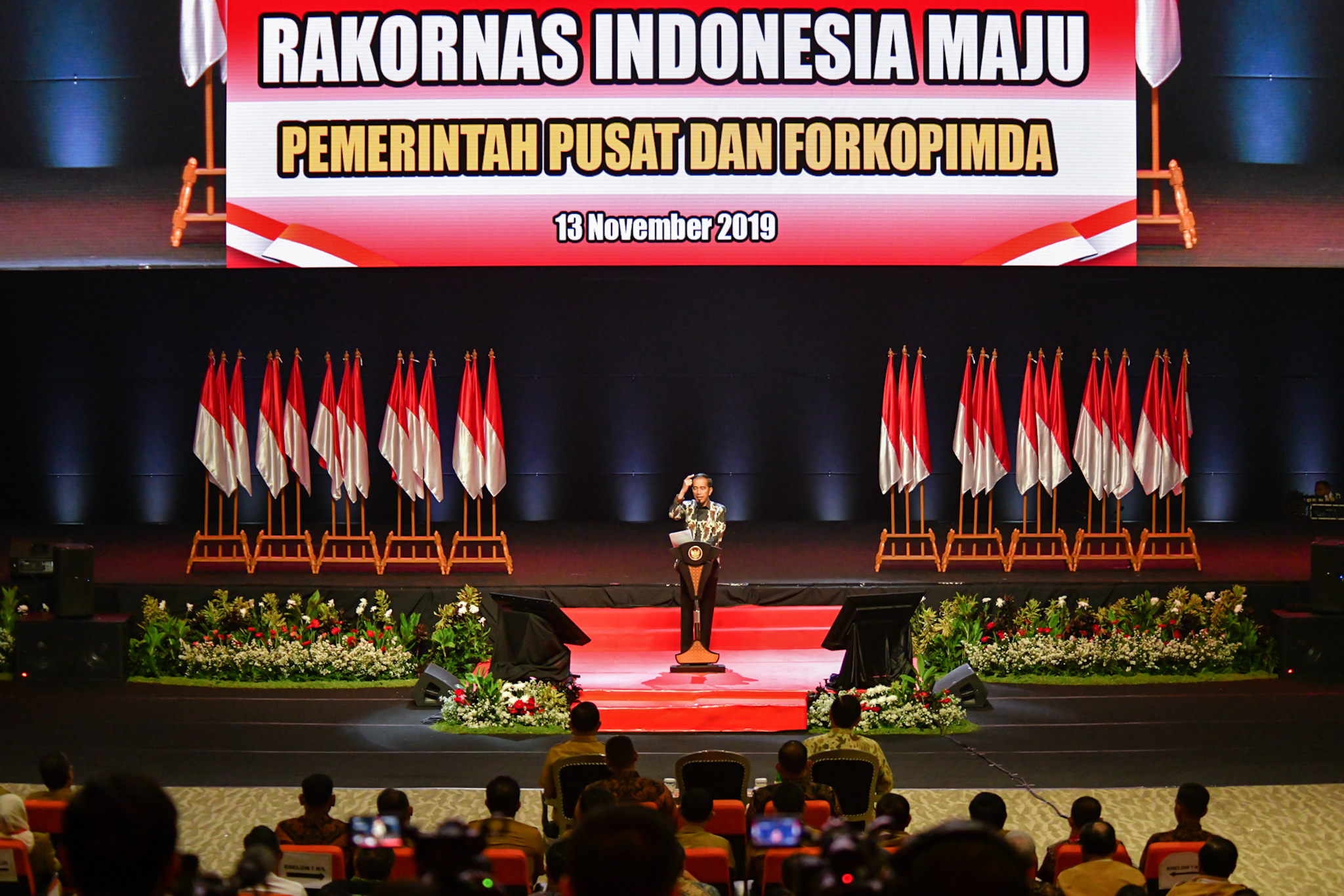 President Jokowi delivers his remarks during the opening of the 2019 National Coordination Meeting between the Central Government and Regional governments at the Sentul International Convention Center (SICC), Bogor, West Java, Wednesday (13/11). Photo by: Agung/PR

All Government stakeholders must support investment by providing simplified licensing process and maintaining security of the regions, President Joko “Jokowi” Widodo has said.

“The Indonesian National Police (Polri), the Indonesian National Defense Forces (TNI) and the Office of Attorney General must also support investment,” President Jokowi said in his remarks during the opening of the 2019 National Coordination Meeting between the Central Government and Regional governments at the Sentul International Convention Center (SICC), Bogor, West Java, Wednesday (13/11).

The President also called on regional leaders to provide good services and simple licensing process to ensure that investors can make investment in the regions.

“We should resolve all remaining problems and provide best services (for investors) to provide employment,” the President said, adding that there are seven million unemployed people in the country.

Regional leaders, the President added, should also provide support for export-oriented investment by signing business permits as soon as possible.

“Regional police must back up the process to ensure that we achieve employment target. We must also provide support for investors who want to build factories or industries for imported substitute goods,” the President said, adding that land acquisition issue must also be resolved.

The Head of State added that trade balance and current account are also important for the nation’s sovereignty, while citing an example of European Union palm oil ban. According to him, Indonesia will have a better bargaining position if the problems of current account deficit and trade balance deficit have been resolved.

On that occasion, President Jokowi also called on all government stakeholders to simplify business license, regulation and bureaucracy, provide security and legal certainty, as well as eradicate illegal levy and corruption in licensing process.

President Jokowi also reminded regional leaders to accommodate small businesses, micro businesses and medium businesses in the regions, adding that he has instructed Cabinet ministers to provide rooms for local entrepreneurs. He also said that creating employment, increasing export and reducing export are very important for the nation. (HIM/AGG/ES)