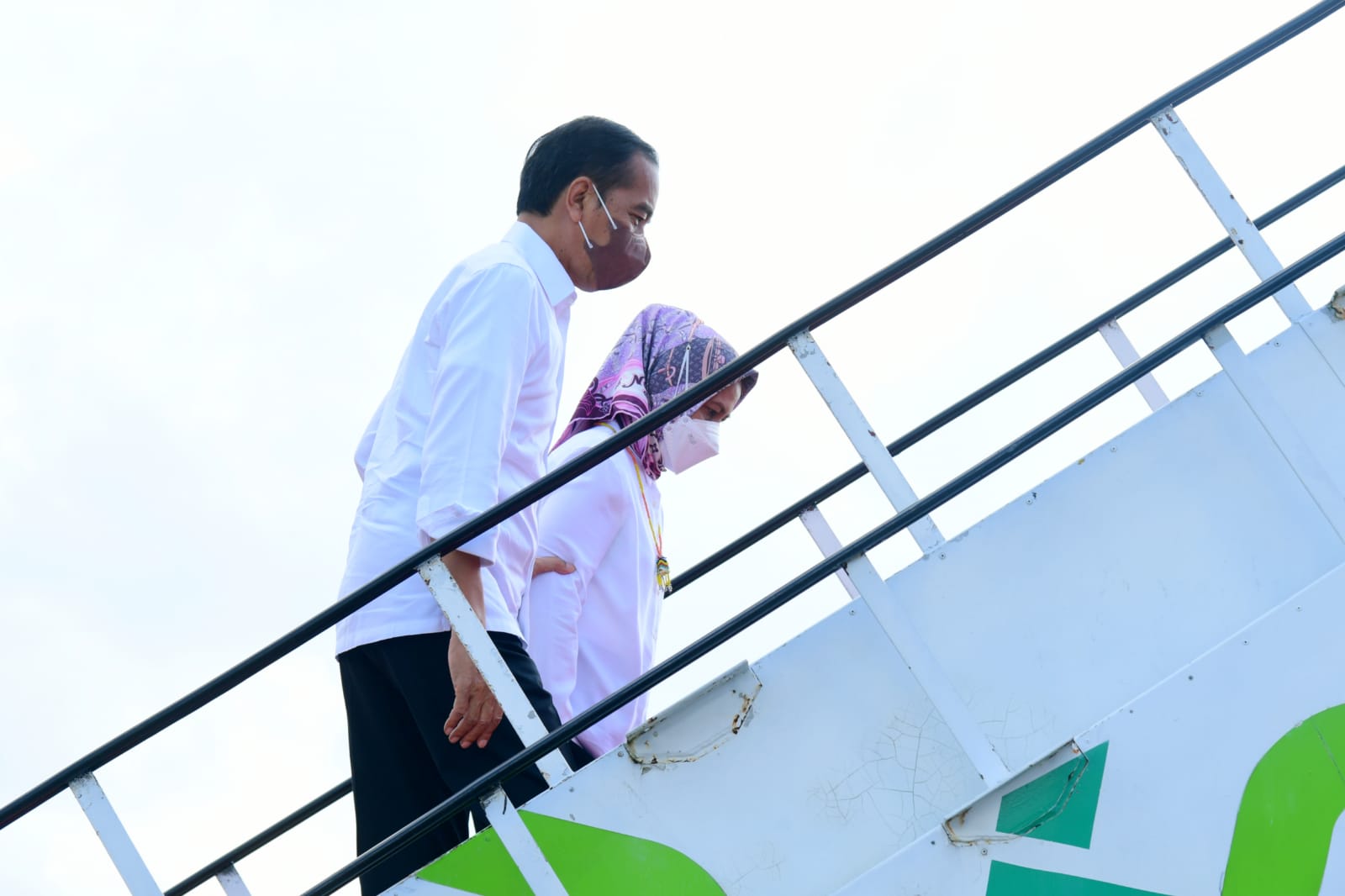 The President and the First Lady left their lodging at approximately 07.00 Central Indonesian Time.

Onboard Indonesia-1 Presidential Aircraft, the President and his entourage took off at around 09.25 Central Indonesian Time and will land at Soekarno-Hatta International Airport in Tangerang city.

The President will head directly to Merdeka Palace in Jakarta upon arrival.

Joining the President and the First Lady on their return to Jakarta were Cabinet Secretary Pramono Anung, Minister of State-Owned Enterprises Erick Thohir, and Minister of Investment/Head of the Investment Coordinating Board Bahlil Lahadalia. (DH/MUR/HD)